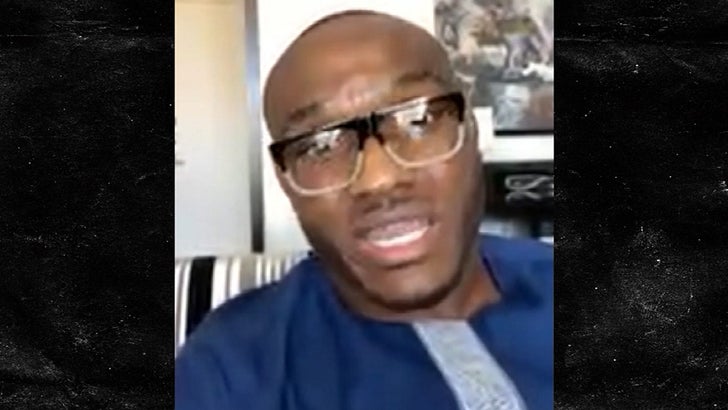 Kamaru Usman says he’ll whoop Conor‘s ass worse than Khabib … and the beating will be so bad, McGregor might never fight again.

The beef heated up earlier this week at UFC 246 media event when “The Notorious” took aim at the welterweight champ, saying a Masvidal fight would be more entertaining ’cause Usman “has the similar style of Khabib, the sniff the jockstrap style.”

“Humans love the path of least resistance,” Usman tells TMZ Sports … “Fair play to him, I’d say. Fair play to Conor. But, this jock sniffer will humble him even worse than Khabib has humbled him.”

Of course, Nurmagomedov dominated Conor during their October 2018 bout … ultimately forcing him to tap midway into the 4th round.

Despite Conor saying Usman’s style is boring, The Notorious has made it clear he wants to write history as the first UFC fighter to win a belt in 3 weight classes.

That record runs straight through Kamaru, and the “Nigerian Nightmare” is here for that smoke … and the cash that’d come with it.

“It’s the biggest money fight out there. But, that’s the one thing about me, I’m not necessarily chasing it. I understand it and recognize what it is. But, I don’t say no to anybody.”