As the former district attorney of San Francisco and attorney general of California, Sen. Kamala Harris has repeatedly made history during her boundary breaking career path, all while bringing out a seriously presidential energy that speaks volumes about who she is and what she stands for. During the Oct. 7 vice presidential debate, Harris stood head-to-head with current Vice President Mike Pence, who has acknowledged the former prosecutor as a "skilled debater" in the past. And obviously their answers took center stage — but the real star was silent. Kamala Harris’ eyebrows at the vice presidential debate were epic, and people are stanning these new political stars.

From the very start of the debate, Harris came out swinging. When Pence defended the Trump administration’s response to the coronavirus pandemic and its record on climate change, even questioning the science on climate issues, Harris visibly gawked at the current vice president — raising her eyebrows in what seemed like astonishment. It was not subtle, and people on Twitter were living for it. 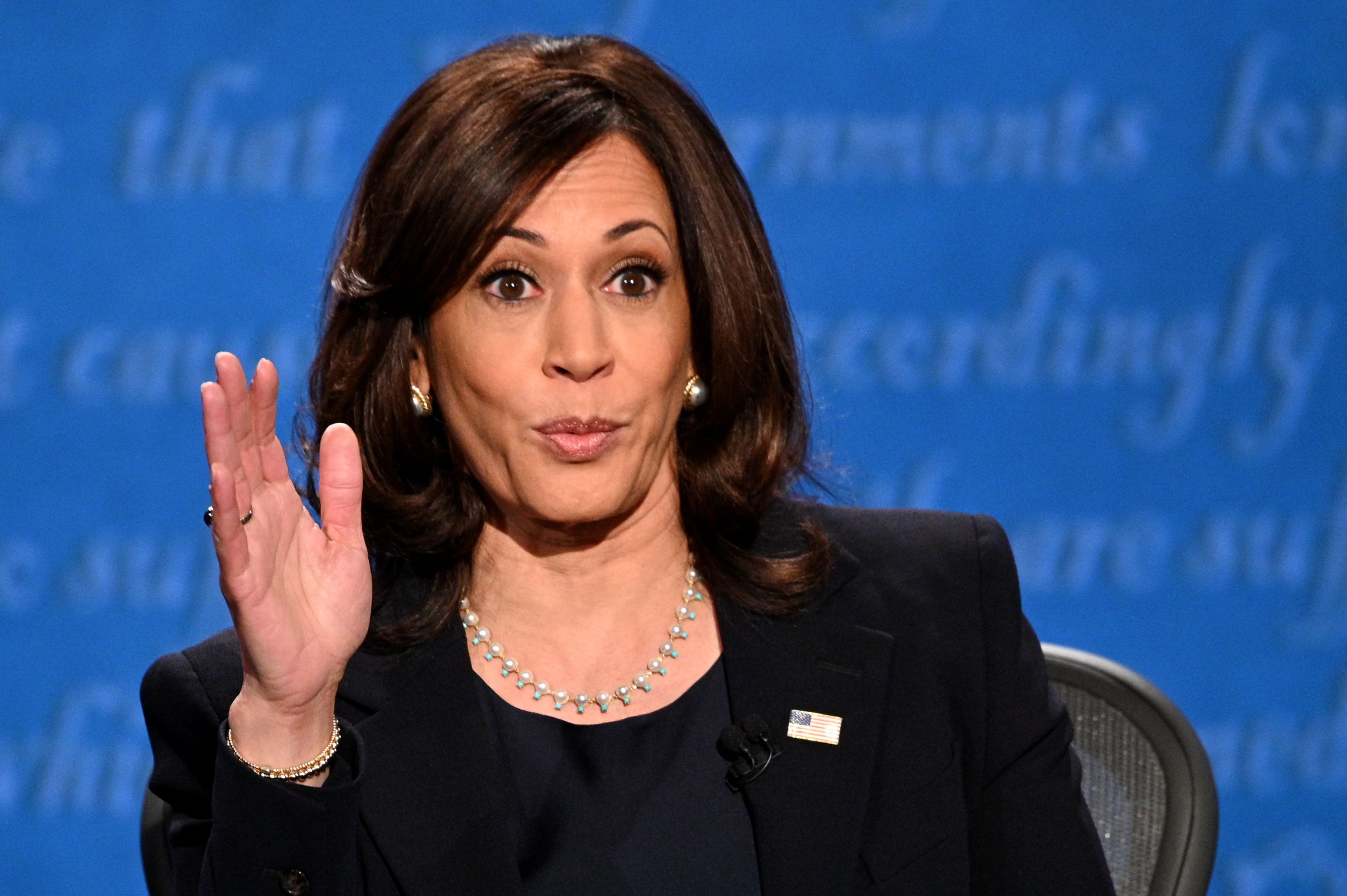 Because tonight’s debate was the only vice presidential debate of the season, the pressure for the two political opponents to clearly explain their positions on the nation’s most pressing issues was especially pointed. During the face off, Harris stood her ground and explained her positions on climate change, offering viewers a clear perspective on Biden’s approach to environmental remediation. While Pence justified his position on refusing to consider a Green New Deal, Harris countered him by stating that climate change was an inevitable "existential crisis."

Although two more presidential debates are scheduled to take place on Oct. 15 and Oct. 22, there’s been plenty of speculation on whether or not these events will continue as planned due to current President Donald Trump’s COVID-19 diagnosis. With this uncertainty hanging in the air so close to the Nov. 3, Harris’ performance tonight may prove to have a marked effect on the outcome of the upcoming election.