Despite Julianne Hough’s attempts at reconciling with Brooks Laich after announcing their separation in May, the pro-dancer has decided to end their three year marriage by filing for divorce.

It’s really over for Julianne Hough and Brooks Laich‘s marriage. The 32-year-old former Dancing with the Stars pro-dancer and later judge has filed for divorce from the retired NHL player, TMZ reports. They had announced their separation in May 2020 after spending quarantine in apart in different states, but had recently been trying to work on a possible reconciliation. Sadly, it looks like they just weren’t able to iron out their marital differences. HollywoodLife.com has reached out to Julianne and Brooks’ reps about the divorce filing.

Jules and Brooks, 37, just took a vacation together to Idaho in Sept. 2020, and seemed to be getting along great. While they didn’t comment on their togetherness, it was shown in Instagram photos where they were in the same location and goofing around with their Siberian husky, Koda. The pup was even seen in Julianne’s 2020 Halloween Instagram post on Oct. 31, as the two howled together at the full moon. But her hair was much blonder than it currently is, so the vid was probably taken at an earlier time. 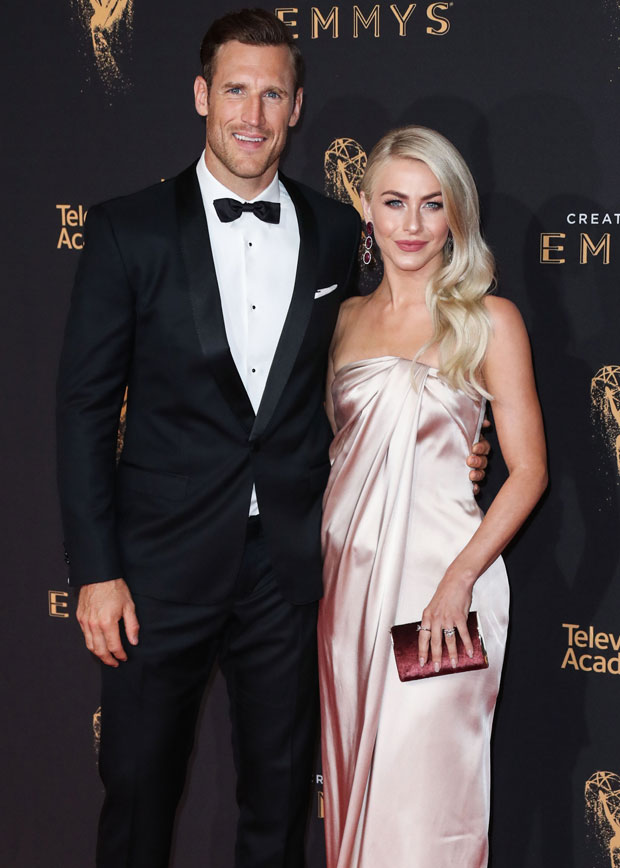 The singer/actress hasn’t addressed the split on social media yet. Instead on Nov. 2, she shared an IG post about anxiety, though it seemed to pertain to the Nov. 3 presidential election. She was seen in a selfie riding a horse with rugged hillsides in the background. Despite her caption, Jules had a huge smile on her face in the photo. She wrote, “Happy Monday y’all.
Anyone else feeling the anxious energy this week?! If so, what self care actions are you taking to care for yourself? Also…VOTE.”

Julianne and Brooks wed in a romantic Coeur D’Alene, Idaho ceremony on July 8, 2017 after dating for three years. However, she raised eyebrows in an Aug. 2019 Women’s Health interview when she revealed that she told her husband four months after their wedding that she was “not straight.” “I [told him], ‘You know I’m not straight, right?’ And he was like, ‘I’m sorry what?’” the star recalled. “I was like, ‘I’m not. But I choose to be with you,’” she said. 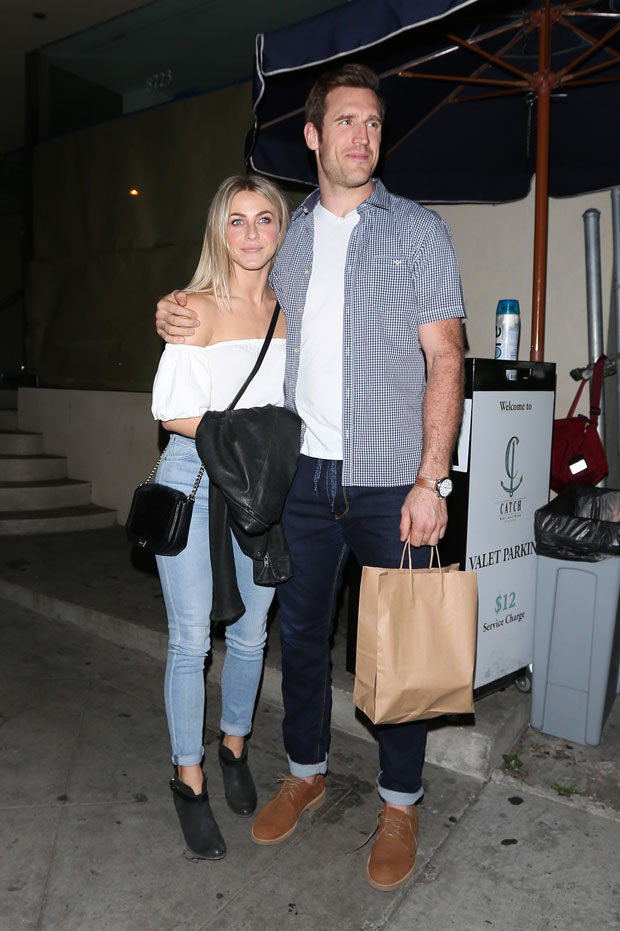 Jules claimed the revelation actually helped their marriage become “more intimate.” “I think there’s a safety with my husband now that I’m unpacking all of this,” the star said, “and there’s no fear of voicing things that I’ve been afraid to admit or that I’ve had shame or guilt about because of what I’ve been told or how I was raised.”

The pair ultimately spent the spring COVID-19 quarantine apart, with Julianne remaining in Los Angeles while Brooks was living on a property in Idaho. In May 2020 they announced their separation, revealing “We have lovingly and carefully taken the time we have needed to arrive at our decision to separate,” and adding, “We share an abundance of love and respect for one another and will continue to lead with our hearts from that place.”