Are Julianne Hough and Brooks Laich giving love another chance? On Thursday, the two were spotted together in public for the first time since separating in May after nearly three years of marriage.

Hough and Laich were photographed dining at a romantic Italian restaurant in Los Angeles, sipping on rosé and later grabbing coffee. The 32-year-old dancer wore flowy white pants and a matching tank top for the occasion, while Laich, 37, opted for a graphic tee, shorts and flip flops.

A source tells ET Hough and Laich had lunch together at Porta Via Palisades in Palisades Village. According to the source, they ate together for an hour, walked around the Palisades mall, got coffee and window shopped.

“Their moods were great and they seemed very happy. No one seemed to recognize them, especially with their masks on,” the source says. At the end of their outing, the source says the couple left in the same car. The source adds that there was no PDA between the two. 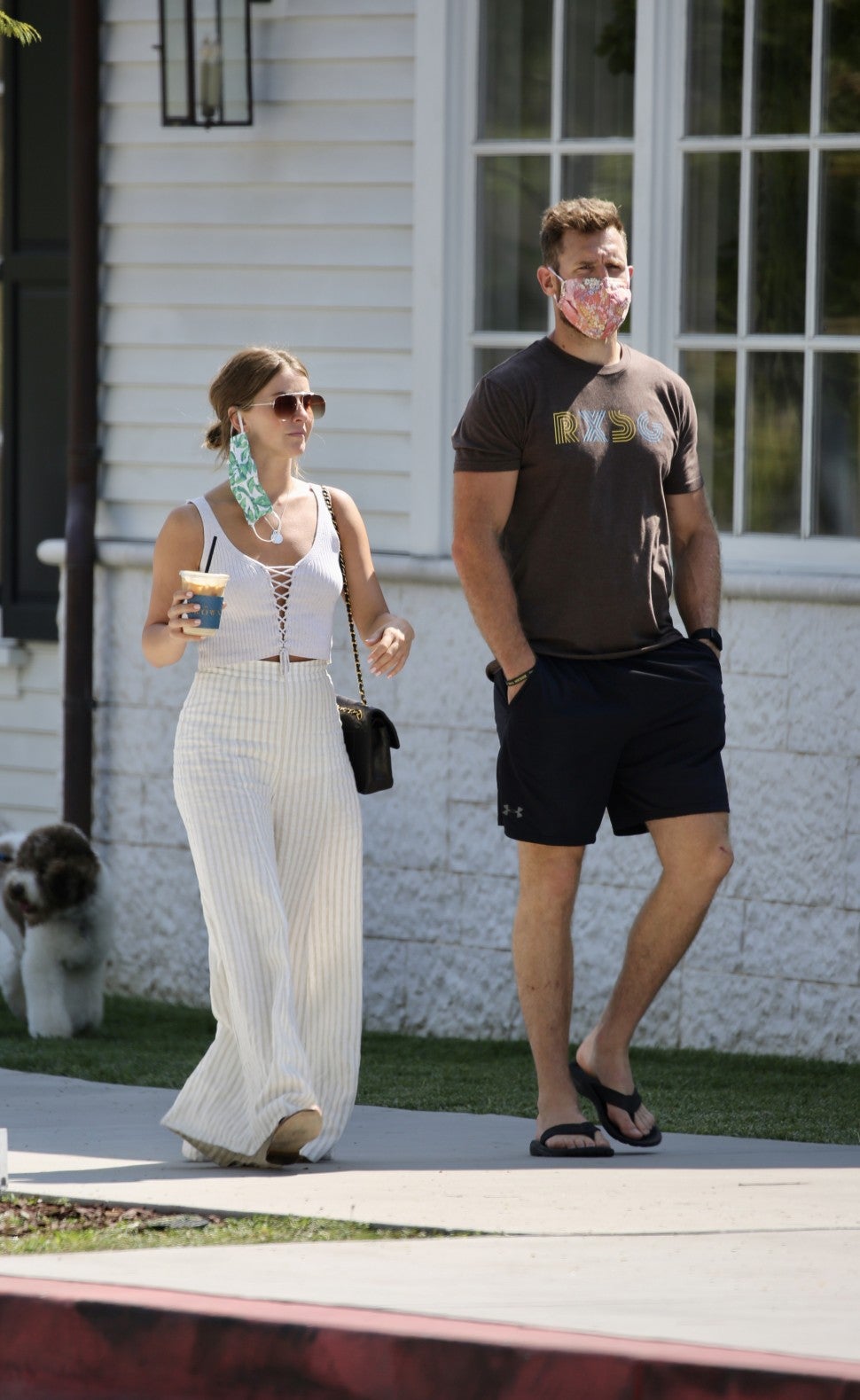 Back in July, Hough also invited Laich to a pool party in celebration of her 32nd birthday. Eagle-eyed fans spotted Laich in a video Hough’s BFF, Nina Dobrev, posted to her Instagram Stories at the time.

It appears Hough and Laich have remained friendly since their May split, which was announced shortly after the pair decided to quarantine separately amid the coronavirus pandemic. The former Dancing With the Stars judge stayed home in Los Angeles, while Laich traveled to their place in Idaho.

“Julianne and Brooks truly were best friends, loved each other, and planned to spend their lives together despite their final decision to call it quits,” a source told ET in June. “This split has been difficult on both of them and right now they are doing everything they can to get back to some semblance of normal life without one another.”

“Julianne seemed to be going through a period of self-discovery and change which isn’t what Brooks had planned for,” added the source. “He loved the life they had and wanted nothing more than to build a family together but Julianne wasn’t ready.”