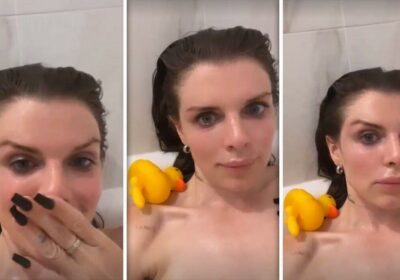 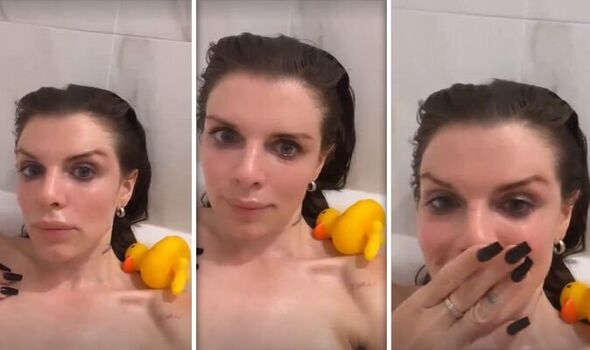 Julia Fox posted a clip of herself enjoying a relaxing bubble bath on Instagram today. Rather than filming a steamy video however, Julia was shocked to find a rather oddly shaped end to her rubber duck, causing her to snort with laughter.

Julia, 32, showed off her glowing skin and shiny black nail polish as she posed for the camera.

The star had one of her shoulder tattoos on display above the bubbles, with half of the latin phrase SANCTI SPIRITUS in red ink and the other sitting on the opposite shoulder.

However, the video quickly turned from steamy to comedic as she zoomed in on the rubber duck resting on her shoulder.

On the yellow underside of the duck was a rather phallic shape, and the actress couldn’t help but chuckle as she came to that hilarious realisation. 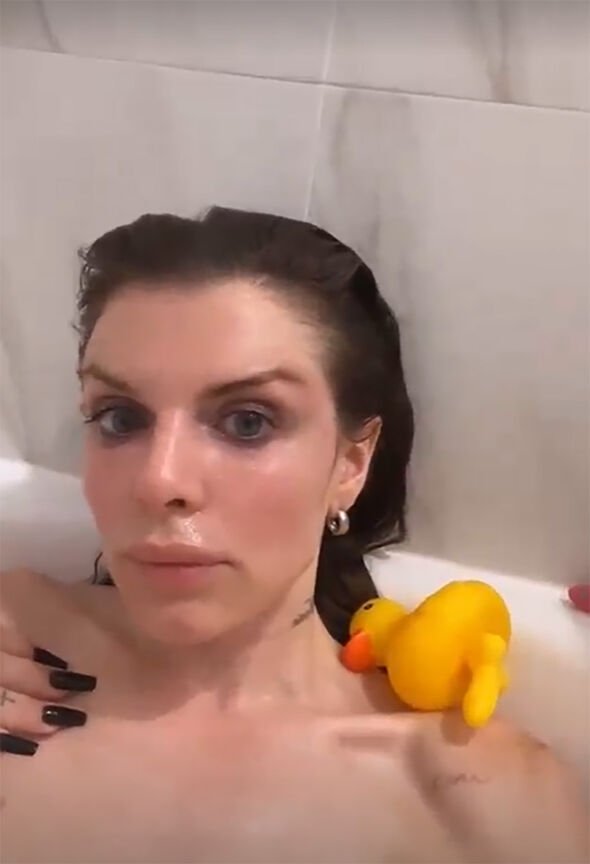 Julia posed for a sultry selfie in the bath. 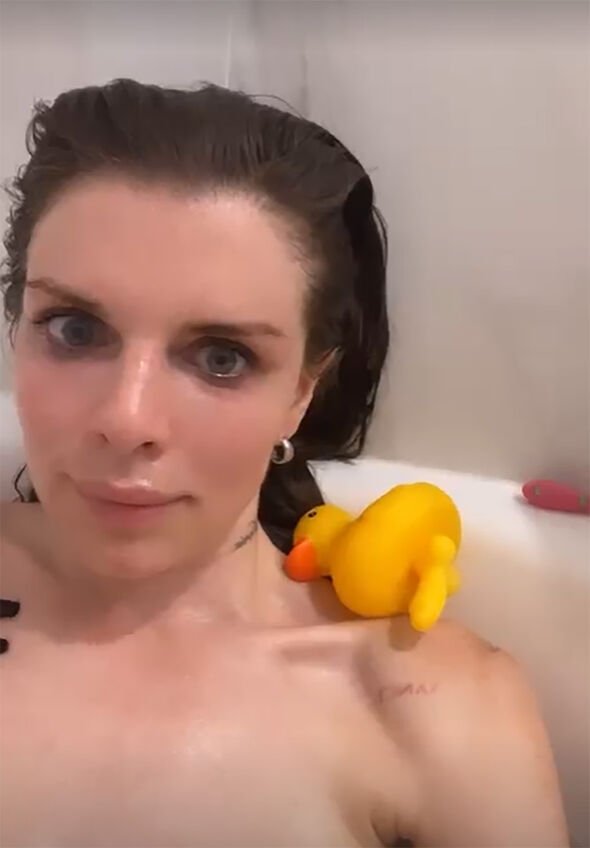 Julia had a realisation

The actress’ eyes grew wide as she spotted an odd protrusion on the underside of her rubber duck. 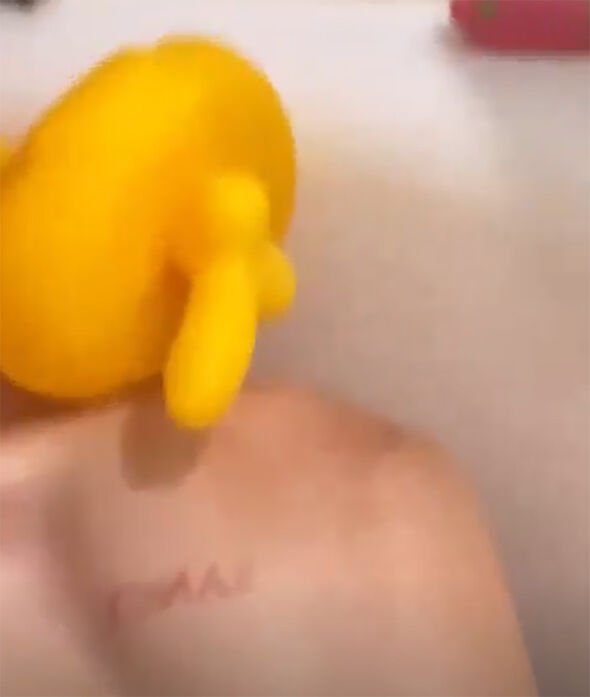 Julia zoomed in on her bathtime pal

The Uncut Gems star moved the camera closer to the phallic object attached to the bottom of the duck. 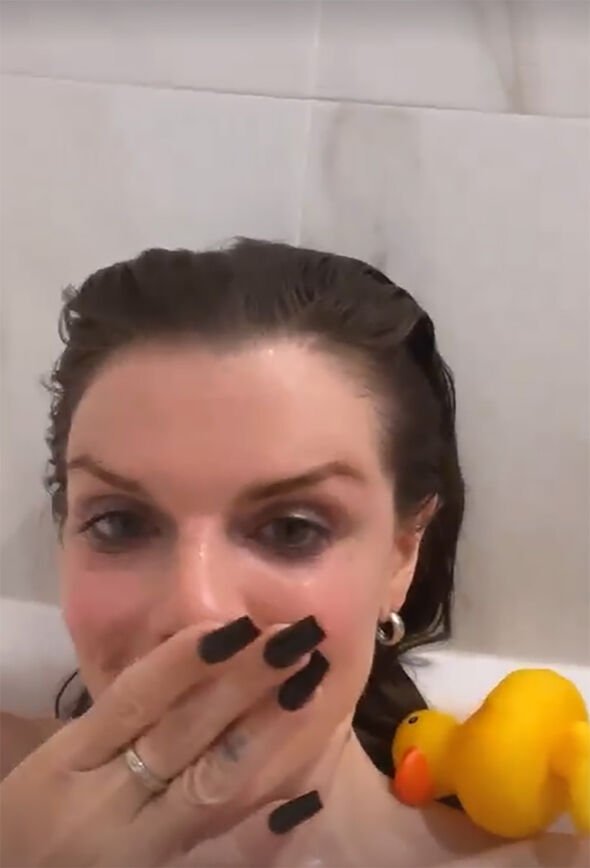 She panned the camera back to show her hand covering her mouth as she snorted with laughter. 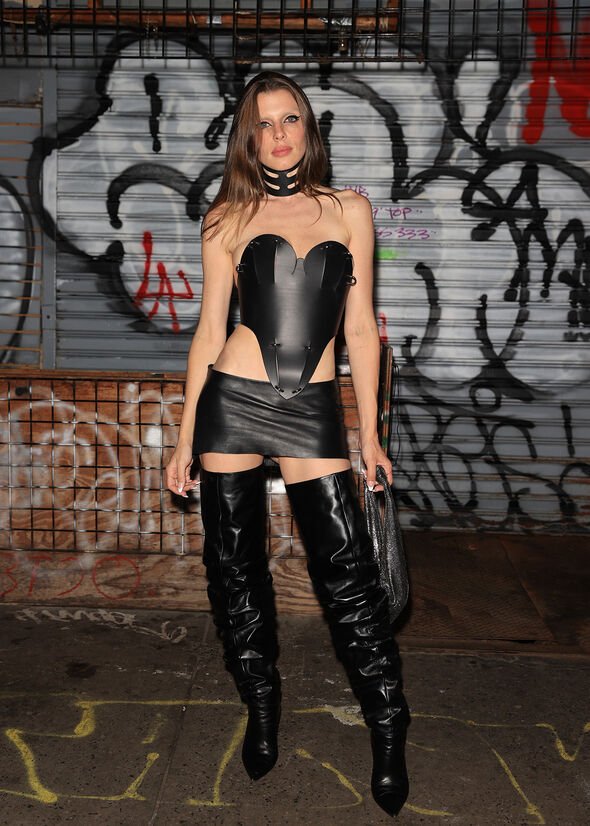 Julia isn’t afraid to put herself on display 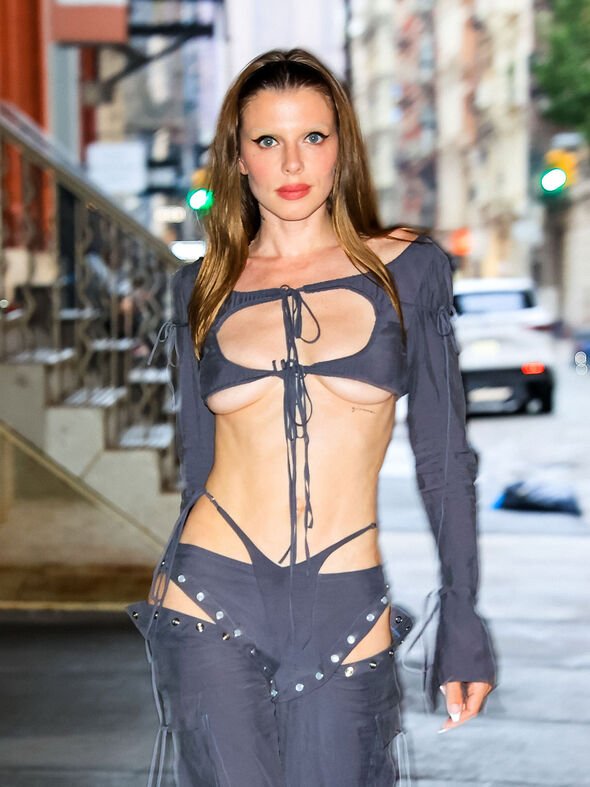 The star has previously rocked some bleached eyebrows.