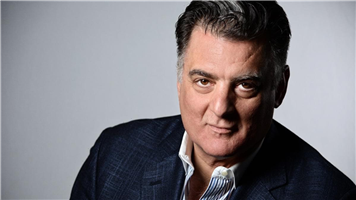 Actor Joseph Siravo, best known for his role as Tony Soprano’s father on “The Sopranos,” died Sunday after a “long, courageous battle with colon cancer,” his representative Andrew Tetenbaum confirmed. He was 66.

In addition to appearing as Giovanni Frances “Johnny Boy” Soprano from 1999 to 2007 on the HBO series, Siravo played Vinnie Taglialucci in the 1993 Al Pacino crime thriller “Carlito’s Way” and portrayed Fred Goldman in 2016’s “American Crime Story: The People vs. OJ Simpson.” His final role was last year on the ABC crime/drama “For Life.”

“Joe was an excellent actor and a wonderful guy and he will be missed dearly,” wrote his “Sopranos” co-star Michael Imperioli on Instagram Sunday. “His performance of Johnny Boy Soprano was spot on and he also made a perfect John Gotti in Nick Sandow’s The Wannabe.’ In my opinion he was the best of all the actors who’ve played the Teflon Don. Farewell Joe. Until the next life my friend.”

Growing up in the Washington, D.C. area, he “caught the acting bug” while watching plays at D.C.’s Arena Stage. He attended Stanford University and went on to get a master’s degree in acting from New York University’s Tisch School of the Arts.

In the theater world, he acted in several shows on Broadway, includingwith the original casts of “Conversations With My Father” (1992), “The Light in the Piazza” (2005) and “Oslo” (2017). As a major Shakespeare fan, Siravo also taught at NYU and worked as a coach, mentor and teacher of The Bard’s work.