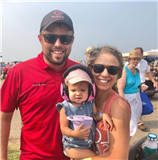 It’s been four months since Josh Duggar was arrested on child pornography charges, but we’re still more than three months away from the start of his trial.

That’s because Josh’s lawyers succeeded in having his trial pushed back from July to November in order to allow them more time to prepare.

Of course, given the new information about Josh’s illicit stash that was revealed today, it sounds like the trial will be a brief affair with a foregone conclusion.

So the real goal of the postponement might be buying Josh a few more months as a free man before he’s sentenced to 20 years behind bars.

If that’s the case, then it’s yet another in a long line of selfish moves from Josh.

Sure, he gets to enjoy conjugal visits with Anna Duggar while he continues to torment his court-appointed guardians, but the more he drags things out, the worse it is for the rest of the family.

Due to the delayed trial, Josh’s latest scandal will remain in the tabloid headlines at least for the remainder of the year.

And that presents a problem for his siblings, as it seems that several of them would like to continue working in media.

That might by why some of them have chosen to physically distance themselves from the rest of the family in order to send the message that they have no desire to be associated with Josh and Jim Bob.

First Jinger Duggar and Jeremy Vuolo moved to Los Angeles, and now, it seems that John David Duggar and Abbie Burnett have followed — sort of — by spending much of their time out of state.

Specifically, the couple and their daughter, Grace, have been cooling their heels in Wisconsin.

It appears that the family traveled to the Badger State for an aviation-themed event called EAA Airventure Oshkosh.

John David is an amateur pilot, so their attendance makes sense, but the couple has been in Wisconsin for so long — over a week, it seems — that some fans think they’re permanently relocated there.

That’s probably not the case, but once the Duggar rumor mill starts churning, it can be hard to bring it to a stop.

Thankfully, the most part, fans have steered clear of scandal talk and stuck to gushing over little Grace.

“Love how you guys are exposing sweet little Gracie to all sorts of things and creating fun-filled family adventures!” one follower commented on Instagram. “Such special times!”

Of course, if Grace’s parents did decide to cut ties with the rest of the family, it would be no great surprise, as John David is one of the only Duggars to ever openly criticize Josh.

“One of the toughest things I ever had to tell my older brother was, ‘I don’t want to be like you anymore,’” he said in one of the few shocking confessionals in Counting On history.

And since Counting On has officially been canceled by TLC, there’s really no need for John and Abbie to remain in Arkansas.

“TLC will not be producing additional seasons of Counting On,” the network stated.

“TLC feels it is important to give the Duggar family the opportunity to address their situation privately.”

So perhaps John David and Abbie have set out on in search of adventure and their own spin-off series!

As long as Jim Bob is in no way involved, we might watch!