Home » Celebrities » John Barrowman caught up in Berlin crash: 'It's carnage – this is bad'

John Barrowman caught up in Berlin crash: 'It's carnage – this is bad' 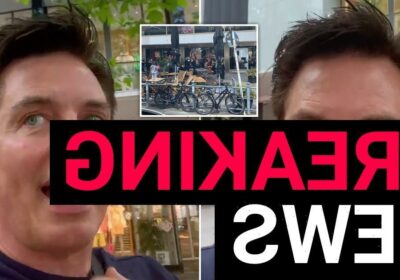 John Barrowman has described the scenes in Berlin, after one person was killed when a car ploughed into a crowd of people.

Around 30 others have been injured after the incident, in a popular shopping district in Berlin. The driver of the small silver Renault was arrested at the scene in Charlottenburg on Wednesday morning, according to Bild.

The Doctor Who actor said he witnessed what looked like a ‘terrorist attack’ and revealed it was ‘really pretty bad, guys’ as he surveyed the scene, with emergency services, working to secure the area, with some 60 fire fighters in attendance.

‘It’s really pretty bad guys,’ John said in a clip uploaded to Twitter. ‘Over where we are here, there’s a lot of police, a dead body in the middle of the road.’

The star noted he was told to stand behind a tree, ‘just in case anything else happens because it’s something that’s between us and any other vehicles that may come’.

Berlin police spokesman Martin Dams said the incident happened near the popular Kurfuerstendamm shopping boulevard in the west of the German capital, while Berlin police said on Twitter: ‘A man is believed to have driven into a group of people. It is not yet known whether it was an accident or a deliberate act.’ 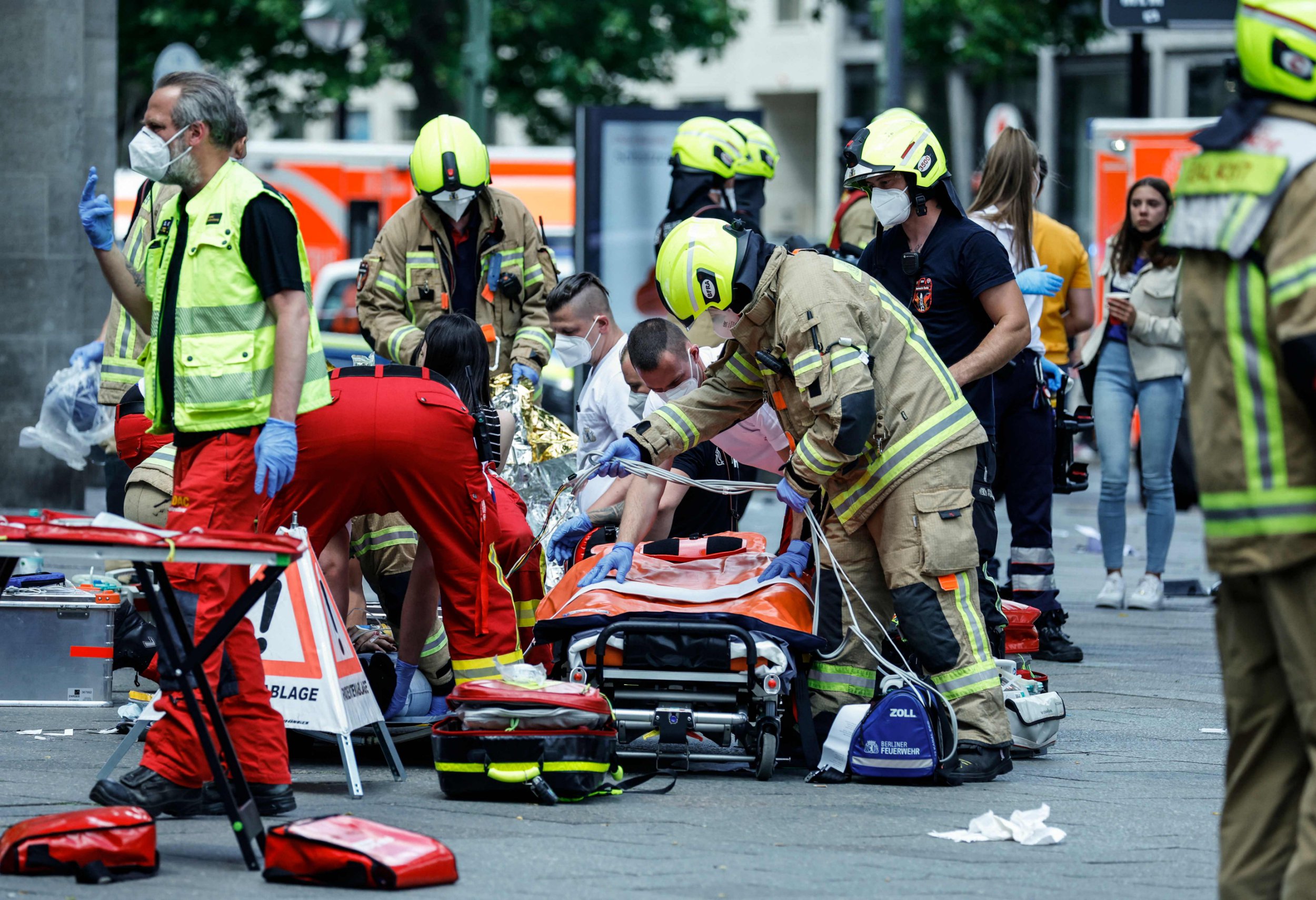 He went on: ‘The police presence is unbelievable, they are clearing out the area but it was cordoned off, I heard the bang and the crash when I was in a store and we just saw the carnage.

‘There are helicopters coming now to airlift people, so I’m gonna let you see this then I’ll get back to you.’

In another clip, John explained he’d been moved ‘all the way down from the incident’, with helicopters coming in to assist the injured.

He said: ‘This is bad… there are hundreds of emergency services in the area. They’re blocking off city block after city block off and keeps expanding. We’re being pushed back and out.

‘We’re trying to walk back, and I know a couple of the news media have been onto us – Sky News and ABC in America so we will get back to you.’

John added that he was heading back to his hotel to get off the street.

‘We are making our way back to the hotel, I’ve already spoken to my parents…to let them know we’re ok,’ he said. ‘But we’re going back to the hotel because we kind of don’t want to be on the street.’

Photos taken at the scene show emergency workers carrying stretchers next to the war-ravaged Gedaechtniskirche church, one of Berlin’s best-known landmarks.