Home » Celebrities » Joel Edgerton Goes for a Dip in the Ocean in Sydney!

Joel Edgerton Goes for a Dip in the Ocean in Sydney! 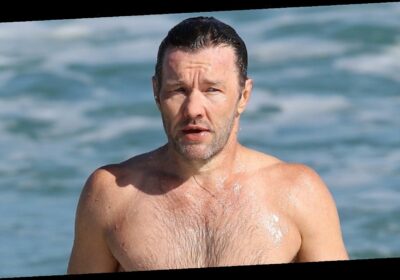 Joel Edgerton is enjoying another day at the beach!

The 46-year-old Red Sparrow and The Great Gatsby actor hit the beach with a few friends on Sunday afternoon (March 14) in Bondi, Sydney.

PHOTOS: Check out the latest pics of Joel Edgerton

Joel showed off his fit, shirtless bod as he cooled off while going for a dip in the ocean.

Joel has been in his native Sydney for the majority of the pandemic, and has been enjoying a lot of time at the beach. Last month, he was spotted catching a few waves during an afternoon surfing session.

Last month, Joel met up with one of his friends and former co-stars over lunch.

Get the scoop on Joel Edgerton‘s exciting new role!