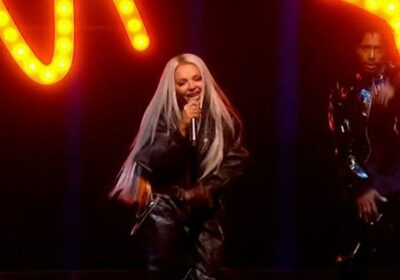 Jesy Nelson fans have been left confused as they believed she appeared to be lip-syncing throughout her debut solo performance of Boyz.

The former Little Mix star, 30, quit the girl band late last year after discussing the toll it had taken on her mental health.

Appearing on the Graham Norton show on Friday 29 October for her first TV appearance as a solo artist, fans were upset after they believed she mimed the whole thing.

A third added: "What is the actual point of going Jesy Nelson going on the Graham Norton show and doing the worst lip syncing I've seen for a while #TheGNShow,"

While some fans were disappointed by the performance, others congratulated on the star.

One wrote: "Jesy’s first live performance was amazingly great the dance break, the vocals, that smile at the end! And I love her name in lights behind her. My baby is really a solo artist!"

Another was impressed by Jesy’s dance moves on throughout the performance: "No one can say anything now! Jesy Nelson can dance!!!"

While a third defended the star: "Jesy did sooo good, everyone is saying she was lypsincing! If that's what you think, watch the performance again and watch her lips and hear her breathing especially at the end of the song and in the chorus,"

While on the show, Jesy also opened up about her relationship with her former bandmates.

Confessing they no longer speak, Jesy said that there was no “bad blood” on her side.

She said: "We’re not talking any more. It is sad but honestly there is no bad blood from my side, and I still love them to pieces and genuinely wish them all the best.

"I loved my time with them, and we’ve got the most incredible memories together but It’s just one of those things which needs to take time, so who knows. To me they are still the ‘sickest’ girl band in the world."

Jesy plans to release an album next year.