Jessica Plummer is a singer and actress who has joined 11 other celebrities in the Welsh castle on I’m A Celebrity…Get Me Out Of Here!

Fans have just seen her hit the wash room after she took part in a disgusting trial with the rest of her female campmates.

The star is believed to be 5ft 8inches, and she has previously commented on her height in interviews.

The Neon Jungle singer said: “I’m super tall for the music industry, I always feel like a giant because everyone else is really tiny.”

The star is also known for her role in Eastenders as  Chantelle Atkins, and she has been praised for her compelling performance.

She has taken the I’m A Celebrity trials in her stride but found tonight’s challenge particularly difficult.

She tried to convince her co-stars they were “at a water park”, when in fact they were being covered in offal.

The 28-year-old was quick to jump in the shower following the trial, after which the ladies won pigeon for their dinner.

She has just been nominated to take part in the next challenge, called The Harmoury, with AJ Pritchard. 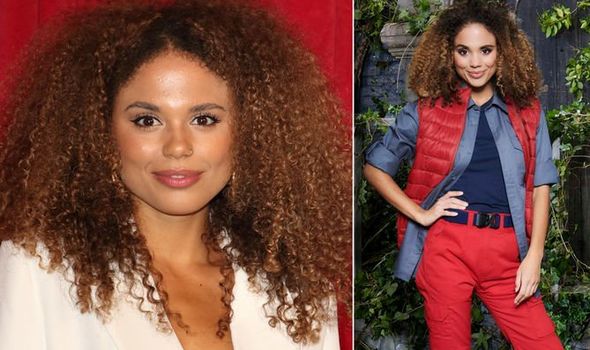