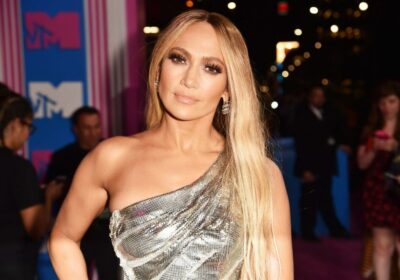 2021 has claimed another celebrity relationship. This time, it’s Jennifer Lopez and Alex Rodriguez who have split. A month after breakup rumors surrounding the couple began to spread, multiple media outlets reported that the singer called it quits from the retired NBL player.

Since their split, Lopez has reportedly been leaning on her support system and has found solace in her ex-husband, Marc Anthony, who’s been a big help amid this unfortunate outcome.

It seems Lopez and Anthony will always have each other’s backs, no matter the circumstance.

In the wake of the “Pa Ti” singer’s split from Rodriguez, media outlets report that she is receiving a ton of support from Anthony, with who she shares 13-year-old twins Emme and Max.

“He’s a great dad and has been there for Jennifer and the kids,” a source tells E! News. “He knows that she is hard at work and going through a stressful time in her life.”

Meanwhile, Entertainment Tonight reports that Lopez and Anthony have always supported each other, especially since their 2014 divorce.

“Jennifer and Marc have a friendship and are supportive of each other whether it comes to parenting, personal matters or their careers,” an insider explained. “They have each other’s backs.”

Jennifer Lopez and Alex Rodriguez were together for four years

J.Lo and A.Rod first started dating in March 2017 after running into each other at a restaurant.

“Someone taps me on the shoulder, and I turn around and I do not recognize this person. And it’s Jennifer, but she’s dressed up as Harlee from Shades of Blue, and she’s in her jeans and her big boots. And it took me about four or five seconds,” Rodriguez recalled while appearing on The Ellen DeGeneres Show in April 2017.

“And she said, ‘It’s Jennifer! It’s Jennifer!’ I go, ‘Oh my God, Jennifer, you look beautiful.’ I was so embarrassed and then I got a little nervous, and I’m like, ‘This is so goofy, we all know who Jennifer is and she’s everywhere,’” he continued. “Then we basically had a small chit-chat…and she says, ‘You have my number, reach out.’ And I went home that night and reached out.“

It wasn’t long before the couple started showcasing their budding relationship on social media and at red carpet events.

After two years of dating, Rodriguez proposed to the actor with a stunning 15-carat diamond ring while they were on vacation in the Bahamas.

Fans couldn’t have been happier for the couple and waited anxiously for the pair to officially announce their wedding date.

However, that announcement never came because, in April 2021, J.Lo and A. Rod officially called it quits.

Jennifer Lopez called off her engagement to Alex Rodriguez

On Apr. 15, the pair announced that they were ending their relationship in a joint statement that read, “We have realized we are better as friends and look forward to remaining so… We will continue to work together and support each other on our shared businesses and projects.”

As fans already know, breakup rumors surrounding the pair first spread back in February 2021 after it was alleged that Rodriguez had cheated on the Maid in Manhattan star with Southern Charm’s Madison LeCroy.

Though many were convinced that the pair were headed toward Splitsville, A.Rod and J.Lo eventually shut down breakup rumors.

“All the reports are inaccurate,” they said in a statement at the time, per E! News. “We are working through some things.”

The former Yankees athlete even flew out to the Dominican Republic, where Lopez was shooting her upcoming movie, to try to reconcile.

Unfortunately, their attempts to keep their relationship intact didn’t work out because the “Ain’t Your Mama” singer ultimately decided to pull the plug on their romance.

According to E! News, Lopez called it quits from Rodriguez because she had “not been happy for awhile now.” It was also reported that her trust had been broken to a point where she didn’t see their relationship being salvaged.

“Once her trust is broken, there’s no turning around,” an insider told the outlet. “She feels good about her decision because she knows A.Rod will still be in her life, just in a different capacity.”

Showbiz Cheat Sheet reached out to Lopez and Rodriguez’s reps for a comment but did not hear anything back by the time of publication.