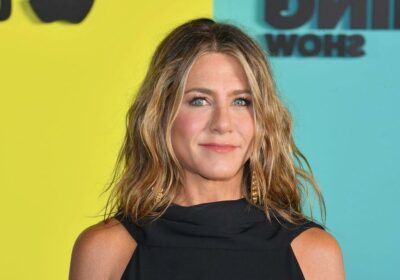 Jennifer Aniston has discussed the extent of her strict diet, which includes drastically limiting the amount of food she consumes when she is feeling stressed.

Candidly discussing her health and fitness regime with InStyle's editor-in-chief Laura Brown, the Friends star admitted that she only allows herself to consume one potato chip or a single M&M in tough times.

"A chip. Crunch, crunch, crunch," the 52 year old responded when asked about her food options during emotional times of need.

When asked to clarify if she meant "just one chip", the Hollywood star responded: "Usually. I'm good at that. I can have one M&M, one chip. I know, that's so annoying."

The Marley & Me star also admitted that she limits her alcohol intake, explaining that her go-to drink is a "clean and no sugar" margarita or a dirty martini.

Jennifer said: "I only have two to three drinks, tops, and I don't do exotic. When someone asks: 'Would you like a cranberry-coconut-cucumber-spiced or hibiscus whatever?' No, I would not."

Adding that she tries to work out every day, Jennifer admitted that she missed the "sweat" after an injury last year sidelined her from pilates for some time.

On previous occasions, Jennifer has discussed her healthy diet, telling Yahoo that she "doesn't let her eating habits get out of control where I need a reset button".

In June, she told People that she was "no longer afraid of the bread basket".

"I started to give myself a break, allowing yourself to have pasta, a sandwich. As long as it's all done in moderation," she told the publication.

Nonetheless, Jennifer certainly shone during the hotly anticipated Friends reunion in May, which came seventeen years after the sitcom's final episode.

During the reunion, Jennifer and her former co-star David Schwimmer revealed they actually had a "major crush" on one another while filming the hit show.