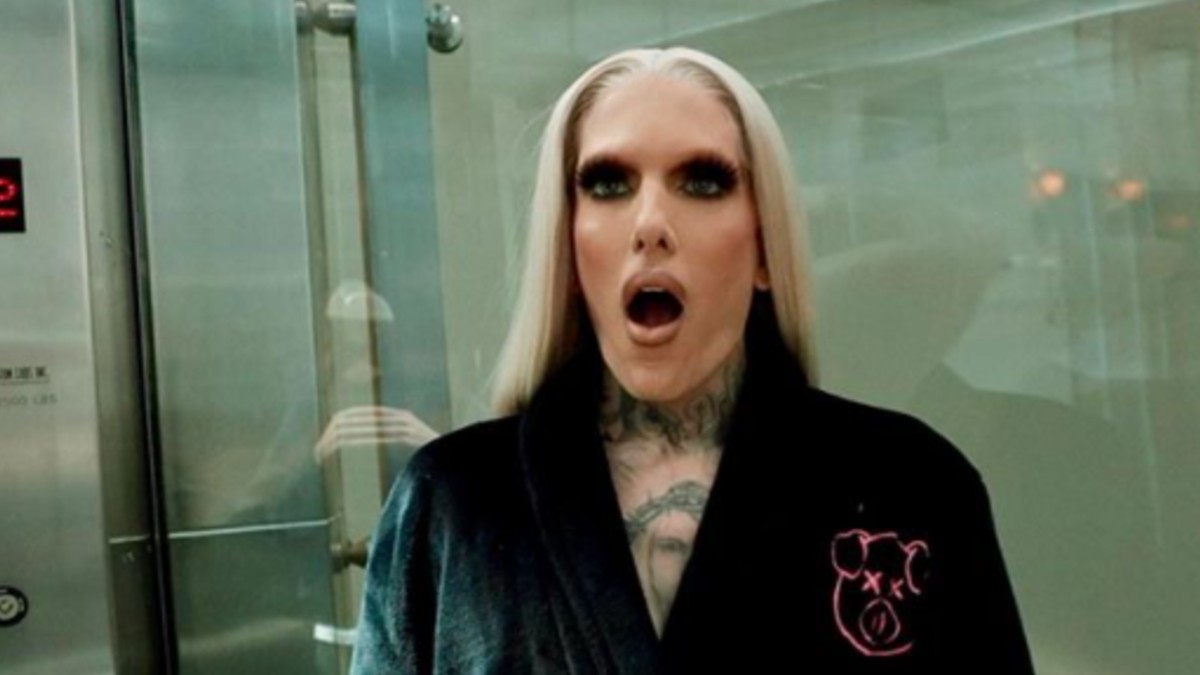 Star has publicly accused Marhold of robbing the style guru’s house and refusing to answer his calls.

The couple have been together for at least five weeks after they announced they were dating at the end of August.

And things seemed to be getting quite serious between the two when Star actually dropped the L-word while they were having a romantic getaway. He captioned a pic on Instagram with the words: “Love wins.”

However, there seems to be trouble in paradise, and it looks like the relationship might be over. Hip Magazine were one of the first to notice that Star had slipped into the comments section of Marhold’s Instagram with a rather angry message.

The now-deleted comment accused Marhold of stealing from him. It read: “Since you can’t answer the phone right now, can you give me all the stuff back you stole from my house??”

That’s when things turned more nasty, and the name-calling began. “What kind of lowlife f***ing scum does that? Give it back!!!! If you need a return label, just ask,” continued Star. 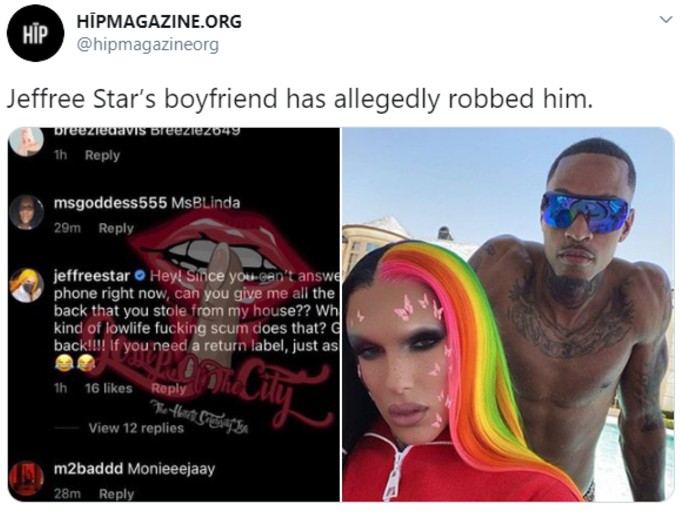 The comment has since vanished, and since then Star has not said any more about his love life difficulties despite being active across multiple social media platforms. He has since shared a video on his Instagram Stories where he told fans he was “good.”

While we can’t confirm that the relationship is over, it does appear that Star has deleted most of the pictures of Marhold from his Twitter and Instagram accounts.

When they first started dating, there were allegations that Marhold was engaged in a scam and was just trying to get his hands on Star’s money. There was also an unproven rumor that Star was paying Marhold to sleep with him.

At the time, Star addressed these claims directly by tweeting that he doesn’t give money to anyone he is dating.

In happier Jeffree Star news, the make-up guru began sending money to fans who were in need during the lockdown back in March, and he’s continued with the practice ever since. Last night he was on Twitter asking fans to tell him their tales of hardship so he could send them money.