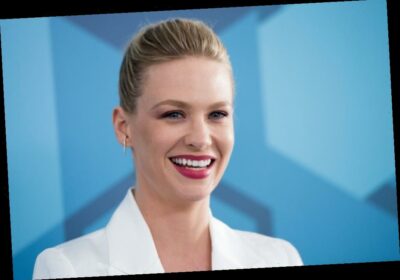 Celebrities are more often than not embracing being single and adapting to a more modern-day perspective that doesn’t pressure women to take on a lover to have meaning. In fact, there is a surprising amount of women who are not only single but completely happy with it.

January Jones is one of them, revealing her empowering take on being single and telling fans she doesn’t ‘feel unhappy or lonely’ without a partner.

Jones is best known for her role as Betty Francis / Betty Draper on the five-time Golden Globe-winning show Mad Men, where she’s won her own share of awards associated with the hit series. She has also played notable roles like Emma Frost in X-Men: First Class, Elizabeth Harris in Unknown, and Eve in Dirty Dancing: Havana Nights.

According to IMDb, she got to this point without famous parents or any special training. “She got her first taste of acting from TV commercials and found that she had [a] flair for it, even though she did not act in high school and had no training.”

It would take a few pilots and a cable TV series before the award-winning actor made the big screen for All The Rage, but it only got better from there once she did.

“A perfect life? I’m living it. I feel really lucky, and I get to do something that I love to do,” The Cut reports Jones saying. “I like going to work, which I don’t think a lot of people get to say. I have a beautiful family, just got a new hamster. What’s more perfect?”

Before the year 2000, Jones had a brief two-year relationship with Ashton Kutcher as one of his first relationships. Since then, she has had a long list of contenders, but none have panned out enough to convince the single mom to settle down.

As of recently, Jones is a single mom to her nine-year-old son who has some serious director-potential by the looks of a homemade video circling Twitter. The X Men: First Class star is videoed telling viewers how to distress with a garden while her son Xander says things like “Cut! I don’t think you should say it like that” and to be “stronger and [add] more emotion” to her lines.

What January Jones says about being single

According to Red Online, the Mad Men star is satisfied with the life she has right now, raising her son Xander without a father in the picture and happily single.

“I just don’t feel I need a partner. Do I want one? Maybe. But I don’t feel unhappy or lonely,” Jones said. “It would have to be someone so amazing that I would want to make room. Someone who would contribute to my happiness and not take away from it.”

As for raising her son on her own, the former model said, “It’s good to have strong women around a man. To teach him to respect women. He doesn’t have a male person in his life saying ‘don’t cry’ or ‘you throw like a girl, [and] all those s—ty things dads accidentally do.”

Times are changing, and women realize they don’t have to settle for the sake of not being alone. January Jones isn’t the only celebrity to have an empowering take on being single nor the first, but it is a significant inspiration for the people who need to hear it the most.