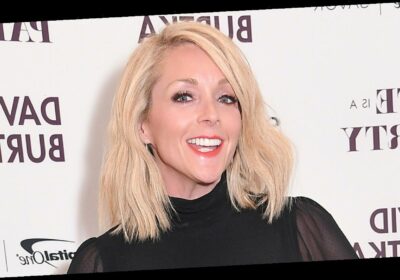 Jane Krakowski is dating someone – and it’s not the MyPillow CEO!

Last week, there was a crazy rumor going around that the 52-year-old Unbreakable Kimmy Schmidt actress was in a relationship with Mike Lindell.

She shut down the rumors saying that she “never met” Mike and that she was actually in “in full fledged fantasy relationships with Brad Pitt, Rege-Jean Page, and Kermit the Frog.”

Now, a source close to Jane is revealing that she actually does have a boyfriend, and he’s architect and designer David Rockwell.

“Jane has been dating David Rockwell for a couple of years now, however, very quietly,” the source shared with Page Six. “Friends are speculating if the strange story about Jane and the silly MyPillow guy was a game of telephone; maybe somehow Rockwell turned into Lindell in rumor-ville. Otherwise, people are baffled where the story came from. Lindell is absolutely not her type.”

Jane and David reportedly met while he designed the set for a project she worked on.

In the photo above, Jane and David attended the opening night for Carousel on Broadway back in April 2018.