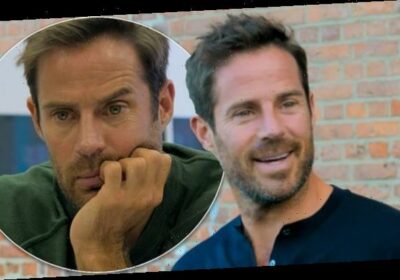 Jamie Redknapp discovers his ancestor William stole £2.5 MILLION in one of the UK’s biggest ever robberies (and he got away with it too!) during DNA Journey

Jamie Redknapp discovered his ancestor stole £2.5 million in one of the biggest robberies to ever take place in the UK.

The former professional footballer, 47, learned of his family history during an appearance on DNA Journey alongside Freddie Flintoff on Wednesday.

William, who is Jamie’s 2nd cousin six times removed, was born in 1803 and worked as a customs officer, a role that gave him the opportunity to have a side-hustle, being the go-between for his work colleagues and a money lender. 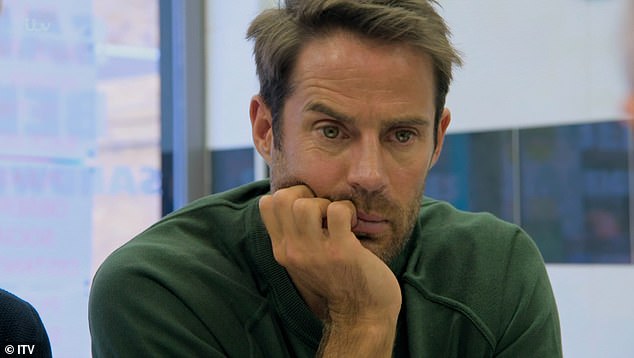 Wow: Jamie Redknapp discovered his ancestor William stole £2.5 MILLION in one of the UK’s biggest ever robberies (and he got away with it too!) during DNA Journey on Wednesday

Jamie discovered that his ancestor helped put money away for his friends, but was using the scheme for his own benefit as he stole £15,000 from the Bank of England in Liverpool on pay day, the equivalent to £2.5 million nowadays.

The TV personality was informed William’s crime was so notorious, news of it travelled to the USA and India at the time.

Shocked by the discovery, Jamie quipped: ‘William, that’s my sons middle name, I might have to change that.’ 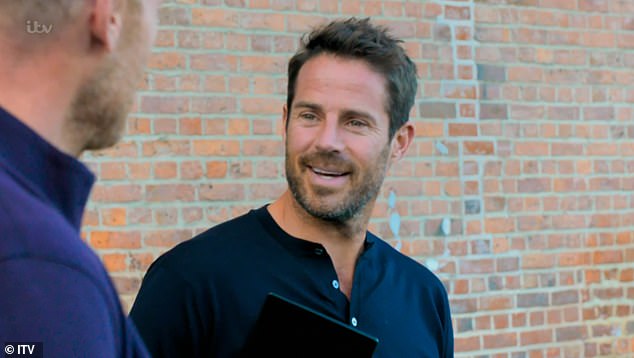 Ancestor: William, who is Jamie’s 2nd cousin six times removed, worked as a customs officer, whose side-hustle was taking his work colleagues money and giving it to a lender

When they were told they had to wait to find out what happened to William, Freddie asked where Jamie would ‘have liked him to have gone’, and he simply said: ‘Prison.’

Speaking to his father Harry and mother Sandra about the discoveries he’d made, Jamie said to Harry: ‘I’m not sure how to break this to you but it’s not good news.

‘So one of our ancestors, our family member, he was a loan shark on the docks, he masterminded one of Britain’s biggest ever robberies. He took £2.5 million and ran off with it.’

Later in the show, Jamie discovered what happened to William, and was informed by a genealogist that he took his family to Croydon after the crime to send a letter with a postmark from the town to throw off the scent. 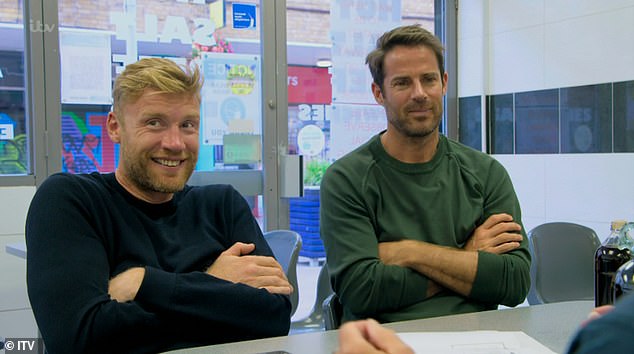 Shock: Jamie discovered his ancestor was using the scheme for his own benefit as he stole £15,000 from the Bank of England in Liverpool, the equivalent to £2.5 million nowadays

When police discovered the letter he was already in Southampton and had gone to the Channel Islands, but returned to London years later to attend his daughter Rebecca’s wedding.

The genealogist claimed William was ‘hiding in plain sight’ as he was a witness at his daughter’s wedding but there was no record of him ever being caught.

Despite the surprising revelation, Jamie had a number of interesting discoveries from his past, as he was also informed in the show that his three-times great, grandfather was a Yorkshire miner who saved a man’s life. 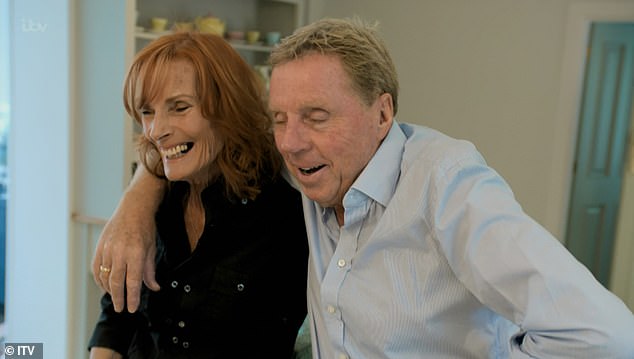 Speaking to his father Harry and mother Sandra about the discoveries he’d made, Jamie said to his dad: ‘Our family member… masterminded one of Britain’s biggest ever robberies’

Charles William Lawson, who was from his mother’s side of the family, helped save a man who had been pinned underneath a rock when a mine collapsed.

He was given a medal from the King for his incredible bravery, and Jamie got teary-eyed as he reflected on the discovery.

‘I cant wait to tell my mum, she’ll be very proud of that… someone so far away from me but so close to me saved someone’s life, it’s incredible,’ he said.

Jamie was also told that one of his relations, Joseph Redknap, was the King’s Bargemaster, an officer of the Royal household, in the 1770. 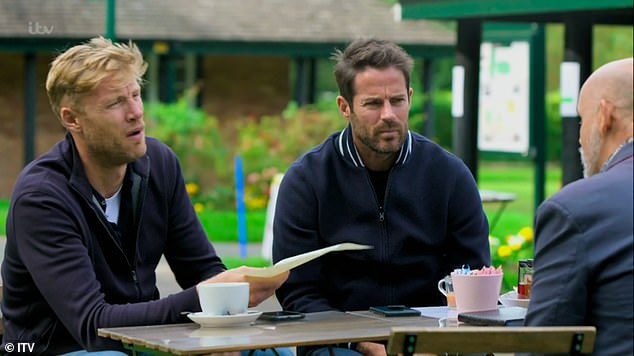 Schemer: Jamie discovered William ran away with the money and successfully kept police off his scent and was last on record as a witness to his daughter’s wedding years later

He was given the opportunity to meet 15 of his living relations through Joseph, and was told by one of his relatives that another shared ancestor had a history with the Royal family.

Jamie learned a relation was ‘a bit of a cad’ as he used to switch places with the then Prince of Wales so that the Royal could go out on the town, as the prince and Jamie’s relative looked enough alike for them to do so.

Freddie, meanwhile, was told of his great grandfather Albert Flintoff, who was a WWI soldier who experienced Shell Shock after being subjected to seven days of heavy shelling during the Battle of the Somme. 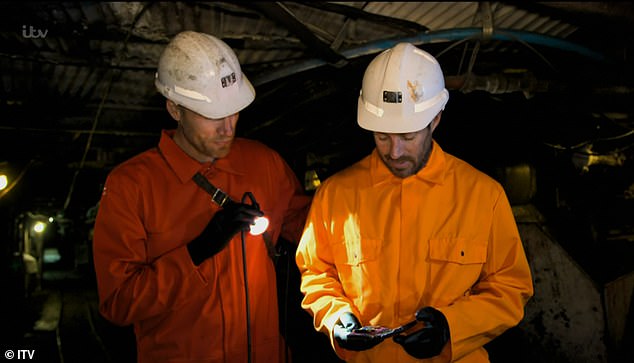 Hero: Despite the surprising revelation, Jamie was also informed that his three-times great, grandfather was a Yorkshire miner who saved a man’s life, and earned a medal for it

Reflecting on his ancestor’s struggles, who he had earlier been told was charged for stealing cars and had filed for bankruptcy, he said: ‘[Given] my own battles with mental health issues, I know what it’s like, I find myself feeling for him a lot more.’

He was informed that Albert was awarded a Victory medal for his distinctive and brave service in the military during World War One, and Freddie said he was ‘proud’ of his ancestor.

Thinking about how he heard negative things about Albert at first, he said: ‘We were joking around about Albert before but this has completely changed my opinion of him, when I first heard about him I didn’t think he’d get a medal.’

DNA Journey continues on ITV with Amanda Holden and Alan Carr, on March 17 on ITV at 9PM. 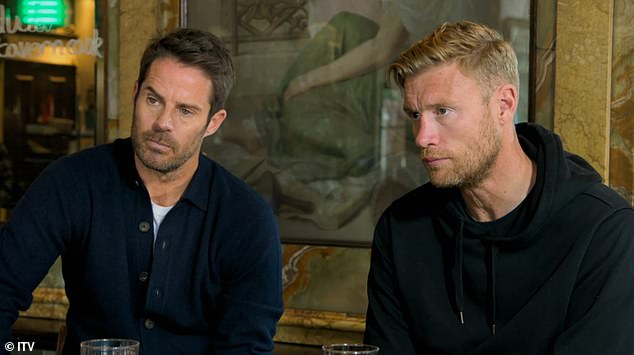 Fighter: Freddie Flintoff, meanwhile, was told of his great grandfather Albert was a soldier in WWI who was awarded a medal after his experiences in the Battle of the Somme