A source tells Us Weekly that Foxx — who turns 52 on Friday, December 13 — arrived at the nightclub around 12:30 a.m. on Thursday with Vave “right by his side.”

The source adds: “They kept close to one another at the DJ booth alongside DJ Irie, and Foxx couldn’t take his eyes off [Vave] all night.” 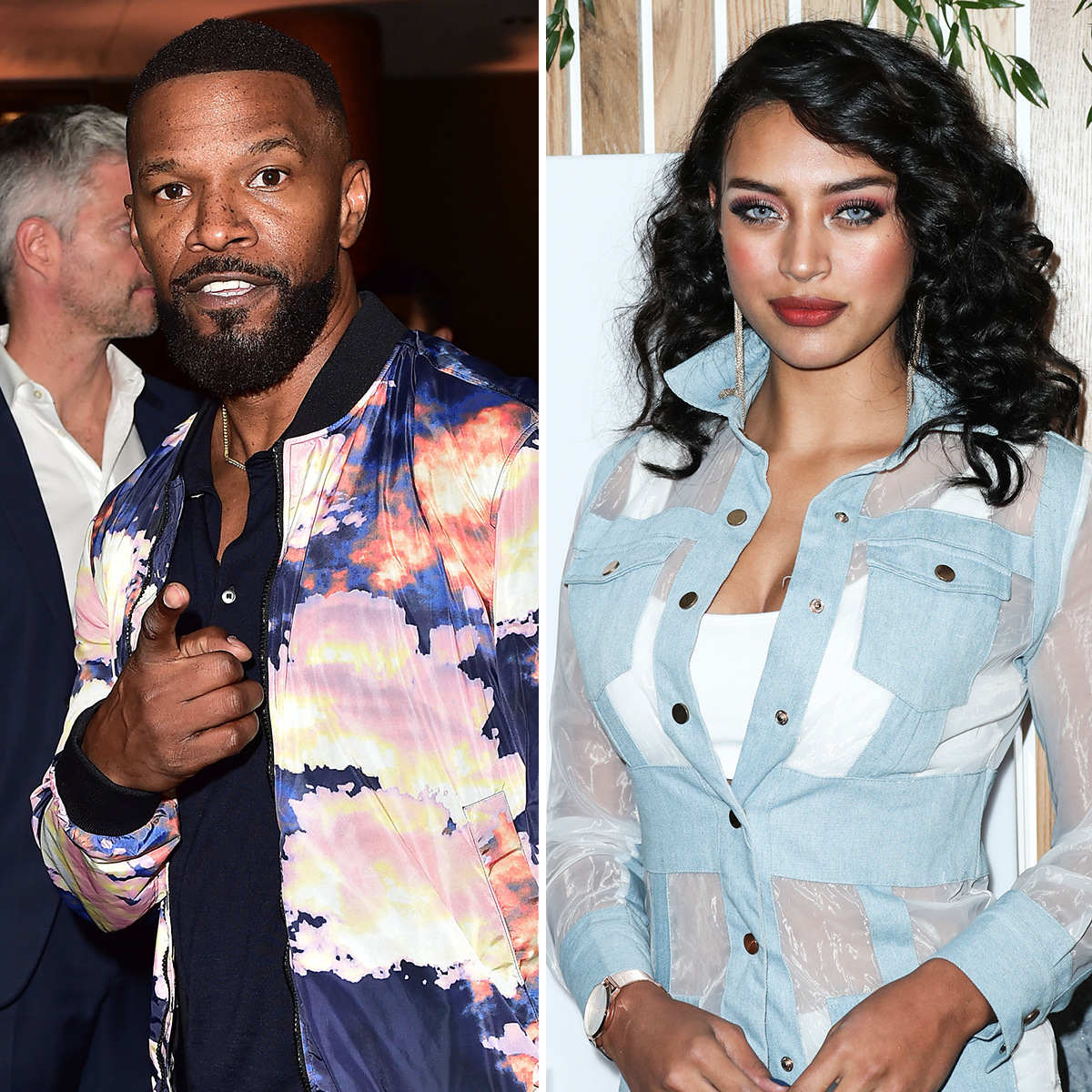 Foxx also “hopped onto the mic for almost an hour” to sing hip-hop hits including “Drop It Like It’s Hot” by Snoop Dogg, the source reveals. Amid “multiple Dom Pérignon champagne parades,” the partygoers sang “Happy Birthday,” and the Just Mercy star left the club around 2 a.m., “smiling from ear to ear with [Vave] not far behind him,” according to the source.

The same night, Foxx got into a car with a mystery woman, who caressed his face from the backseat, as seen in photos published by Daily Mail.

Foxx and Vave sparked romance rumors on August 17 when they were spotted leaving a West Hollywood nightclub holding hands. Two days later, Us confirmed the actor’s split from Katie Holmes after six years of dating. “It has been many years of him stepping out with other women,” an insider told Us about the breakup. “He’s disrespectful, and their lives were different. His partying ways don’t fit with hers as she’s focused on raising her daughter and working.”

On August 21, the Beat Shazam host insisted that his relationship with Vave is professional and that he’s mentoring the singer just as he has helped other upstarts in the music industry.

“When I met Ed Sheeran, I didn’t know him from Adam,” he said in an Instagram video at the time. “He slept on my couch for six weeks. He ended up going on to do great things. Nick Cannon was 13 years old. He used to sleep in my old house. [When] he was 13, my sister used to let him come in ‘cause he was partying too hard. Before Ne-Yo was Ne-Yo, he would come to the crib. Everybody come to my crib — no matter who you are.”

He continued: “There was a young lady by the name of Sela Vave. I did the same thing with her. When I met her, [my friend] introduced me to her. He said, ‘This girl is amazing.’ So, she’s on my steps, singing Beyoncé, broken down, she’s playing the guitar. I said, ‘How the f–k? When did this happen?’ So we took her under our wing.”

Foxx also pointed out that Vave is around the same age as his daughter Corinne Foxx. “I’m escorting her to my car, to put her in the car — my artist, who hangs out with my kids,” he told his Instagram followers. “I’m not no old n–ga out here with no young folks. You understand what I’m saying?”