When it comes to getting bang for your buck, billionaire James Packer's new $200 million superyacht certainly looks impressive. 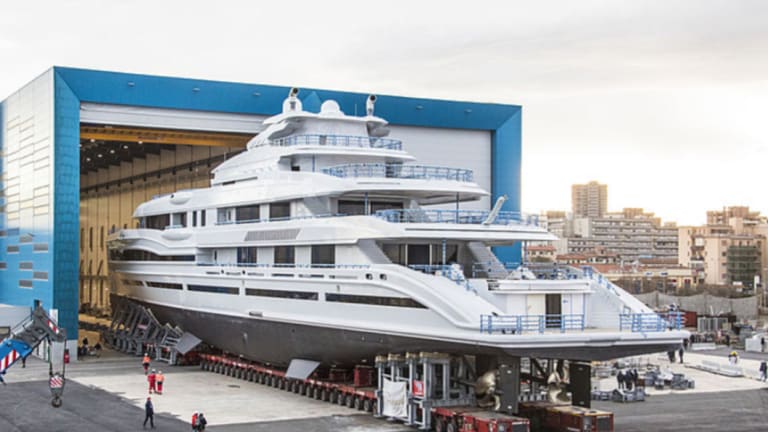 The first images of the huge new vessel, under construction in Italy, have emerged and, as PS has previously predicted, the private cruise ship is set to rival anything already on the high seas when it comes to floating gin palaces.

This is no ordinary tinnie or weekend runabout.

After weathering plenty of emotional hurdles and checking himself into a Boston mental health facility in March, staying for six weeks, Packer has also been preoccupied with construction of the huge ship, which until now has been hidden inside a vast boat shed at an Italian shipyard in Livorno. 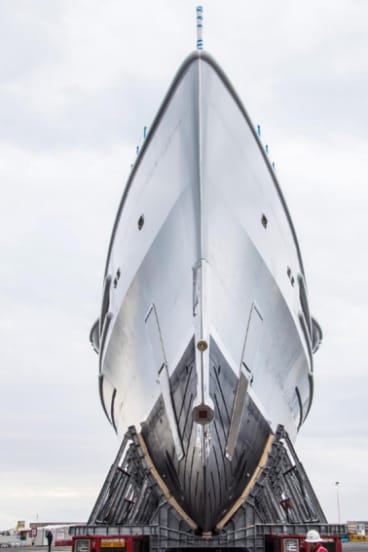 Taking nearly four years to be completed, the ship has been a source of considerable heartache for Packer, though the 107-metre long ship will soon make her maiden voyage.

The top-secret project has been codenamed FB 277 by Italian ship builder Benetti, and will be among the largest private vessels of its type in the world.

Billed as a "gigayacht" by Benetti, it is due to be ready for Packer to climb aboard in June next year.

PS previously revealed that, when it does launch, the craft will be named IJE – the first initials of Packer's children: Indigo, Jackson and Emmanuelle.

With construction originally overseen by Packer's former right-hand man and long-time friend Matthew Csidei, the project has been plagued with delays and cost blowouts, which led to Packer's decision unceremoniously to part ways with Csidei last year.

And while Packer's new ship may never make it to Sydney, friends have suggested the vessel would become his home, a floating mansion in which he can traverse the globe, away from prying eyes. 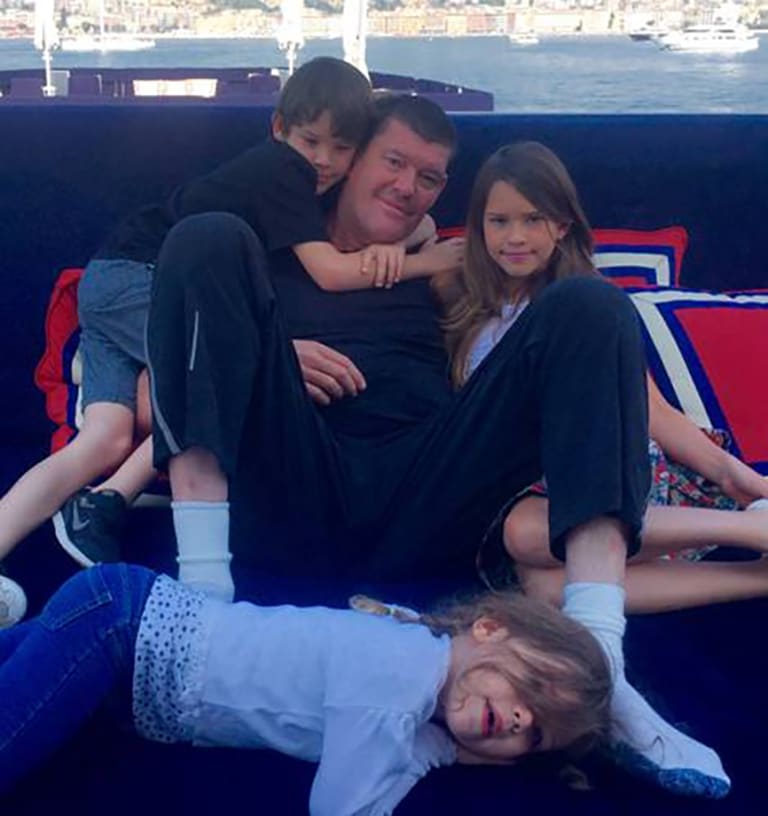 Packer is planning to name the new ship after his three children: Indigo, Jacskon and Emmanuelle, with former wife Erica Packer.

Though with homes also in Los Angeles, Aspen, Argentina, Sydney and soon in Mexico, he has plenty of options if life on the high seas proves all too much.

The ship has a beam of 15.2 metres at its widest point, a draught of 4.5 metres (the distance between the waterline and bottom of the hull) and will sport a white finish when delivered next year. 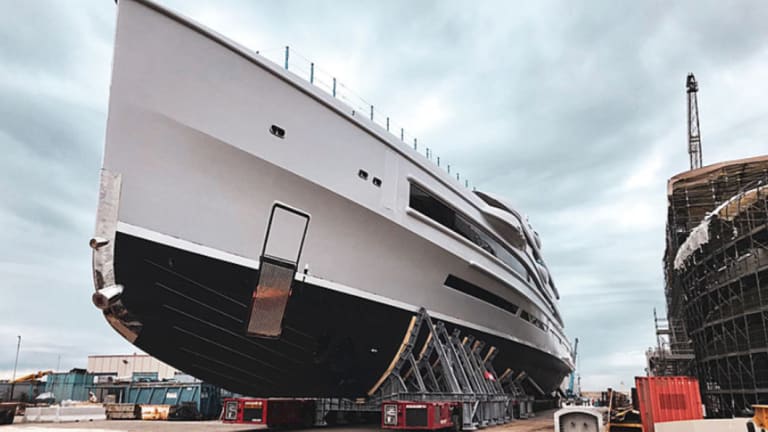 James Packer’s private cruise ship is due to launch next June.Credit:Justin Radcliffe

Featuring a full displacement steel hull and an aluminium superstructure, the vessel will have a top speed of 18.5 knots and a cruising speed of 16 knots.

Displacement at full load, with all of Packer's toys and accessories on board, will stand at 3300 tonnes.