Home » Celebrities » James May rages ‘keep it in’ at Prince Harry and Meghan: ‘Everyone’s got issues like that’

James May rages ‘keep it in’ at Prince Harry and Meghan: ‘Everyone’s got issues like that’ 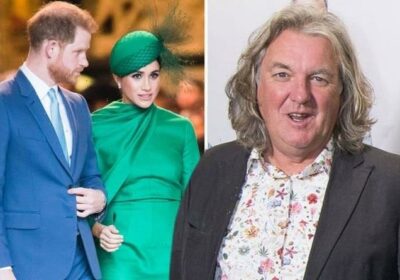 The Grand Tour: James May reveals ’challenges’ of filming

James May shared his thoughts as he promoted The Grand Tour’s new Lochdown special, where he, Jeremy Clarkson and Richard Hammond explore Scotland. In the special episodes, references are made about the royals including Prince Andrew’s Newsnight interview and the controversy surrounding Prince Harry and Meghan Markle.

He said of the mentions: “I’d forgotten all the Prince Andrew jokes. They were a bit contrived.”

The car enthusiast added that he didn’t “take much interest in the Royal Family” but had heard about Prince Harry and Meghan’s issues with life in the Palace.

On the couple talking about their personal lives in public, James suggested the pair should’ve kept it behind closed doors.

“I don’t think the rest of us should know or care about it,” he continued, adding he thought the Royal Family were supposed to be “exemplar”.

The 58-year-old added the royals are “supposed to know better”.

James appeared to be referring to Prince Harry and Meghan’s interview with Oprah Winfrey earlier this year.

Having her say for the first time, the Duchess of Sussex said she felt suicidal during her time in the Palace and feared being left alone.

She and Prince Harry also claimed that there were concerns about the colour of their son Archie’s skin.

In a statement issued by Buckingham Palace on behalf of the Queen the following day, it read: “The issues raised, particularly that of race, are concerning.

“While some recollections may vary, they are taken very seriously and will be addressed by the family privately.

“Harry, Meghan and Archie will always be much loved family members.”

James’ co-star Jeremy has also had a few words to say about the pair’s bombshell interview.

The Who Wants To Be A Millionaire? host previously branded Meghan a “silly little cable TV actress”.

He accused her of trying to bring the monarchy down, but said it wouldn’t happen as they’ve dealt with far worse situations.

The Duke and Duchess of Sussex announced they would be stepping down from their royal duties in January 2020.

They are now living in Los Angeles with their son Archie and daughter Lillibet Diana.

The name chosen for their baby is a tribute to the Queen and Harry’s late mum Princess Diana.

The former Suits actress Meghan married into the family in May 2018.

Read the full interview in Radio Times Magazine out now.