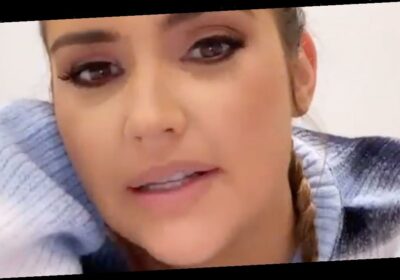 Jacqueline Jossa has shared horrific messages from a troll after she proudly opened up on her weight loss.

The 28 year old took to social media earlier this week to announce she had lost over half a stone during her current health kick, but is still determined to lose more.

During an Instagram question and answer session, Jacqueline was asked by a fan how much weight she has lost.

She then explained: "I don't actually know as of this week, I haven't looked, but over half a stone but I've got a while to go.

"I have tried to be as good as possible. You guys know I'm on a bit of a healthy reboot plan.

"I think we're going to be fine. I still feel really good and I definitely haven't eaten as much c**p as I would have during these times. So that's good isn't it," she continued.

But she then returned to the social media platform to find vile messages from a nasty troll and decided to share them with her 3.1million followers.

The onslaught of messages were sent in response to her showing off her latest In The Style collection, and read: "still a long way to go with the weight loss eh chunky!"

"You kill me – least unflattering outfit on you! And what the f**k does 'super super easy mean'? [sic]."

The messages went on: "Hahahaha size of your gut [sic]," and: "You wouldn't know classy if it hit you round the face.

"Which is probably what Dan's k**b is doing to some other woman right now… Your massive chin! Like your massive thighs! No wonder he cheats."

Jacqueline added: "This is the sort of sit we have to put up with… even now, where we all know how important it is to be kind… so many are still so so vile [sic].

"Obvs I blocked and deleted but for a moment too long it hurt. It made me doubt myself. That isn't okay [sic]."

The former EastEnders star added: "Honestly though, it's wrong for me for sake notice of one nasty troll. [sic].

"When I get so many amazing messaged everyday and I am so so overwhelmed by always [sic].

"Thankyou so much. Honeslty… so kind [sic]," she continued to write to her millions of fans.