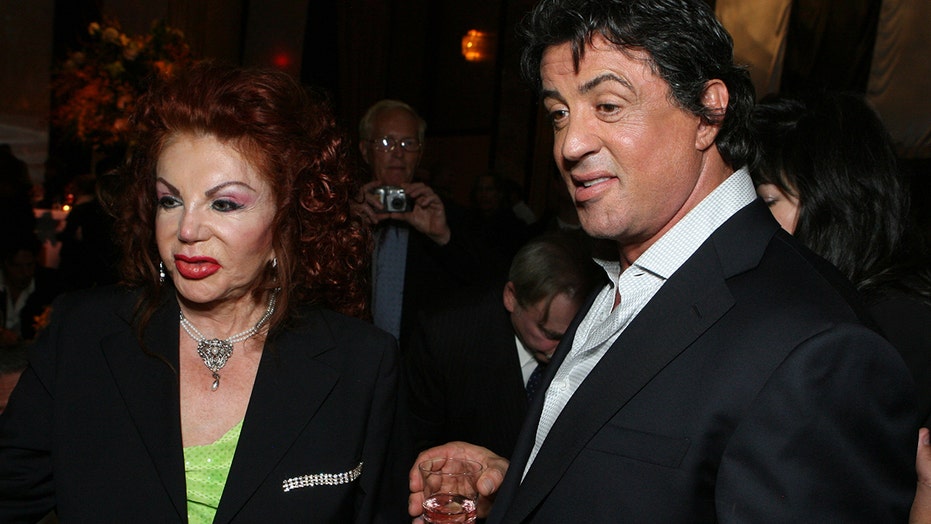 Sylvester Stallone's mother, Jackie Stallone, has died. She was 98.

Jackie, an astrologer and an early wrestling promoter who appeared on the "Gorgeous Ladies of Wrestling" in the 1980s, died in her sleep, her son and Sylvester's brother, Frank Stallone, confirmed on social media late Monday.

"She died in her sleep as she had wished. It was hard not to like her, she was very eccentric and flamboyant person," Frank wrote on Instagram.

A cause of death has yet to be revealed. She was the mother of Sylvester, 74, and Frank, 70, whom she shared with her first husband, Frank Stallone Sr. She was predeceased by her daughter, the late actress Toni D'Alto, whom she shared with Anthony Filiti. She reportedly died of lung cancer in 2012 at the age of 48. 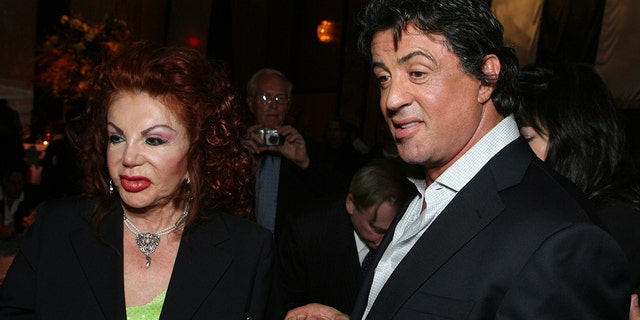 Sylvester Stallone and his mother, Jackie Stallone. She died in her sleep, her son, Frank Stallone announced Monday.
(E. Charbonneau/WireImage for MGM via Getty)

Born Jacqueline Frances Labofish on Nov. 29, 1921 in Washington, D.C., Frank described his mother as a woman who "lived through Prohibition, the Depression and World War II. Frank said he would talk to his mother "for hours" about the '20s, '30s and '40s.

"It was a history lesson," he said in his tribute. "Her mind was as sharp as a razor till the day she died. She never wore a mask a true revolutionary gal. I guess I'm drowning in my emotions in tears and to much vino. But when you've known someone for 70 yrs it tough and sad."

Jackie was known for her fondness of working out even later in life. She often posted her daily workouts, including dance classes, on Instagram. Back in April, she shared a snapshot of herself lifting a medicine ball and a dumbbell in the gym, writing, "I’m staying fit, I am studying the accordion daily, 🤫 I think I know as much as my teacher does 🧚🏻‍♀️."

Frank said his "remarkable" mother worked out "every day," adding that she was "full of spunk and fearless."

Jackie formerly appeared on the U.K. version of "Celebrity Big Brother." She also gained notoriety for being an astrologer and psychic. In 1989, she released a book titled "Star Power: An Astrological Guide to Supersuccess."

In his tribute, Frank credited Sylvester for caring for her "like a Queen for all of her life." Jackie's final Instagram post includes a throwback photo of the "Rocky" star with a dog named Butkus.