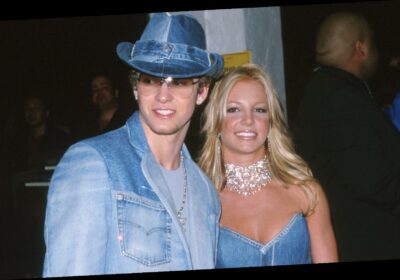 Can you believe that it has been 20 years since Britney Spears and Justin Timberlake wore those iconic all-denim outfits on the red carpet?!

The former couple wore matching looks while attending the 2001 American Music Awards together on January 8, 2001.

It was a big night for the two stars at the event as they were both nominated for Artist of the Year, Britney as a solo artist and Justin as part of NSYNC. The group ended up winning the award!