Irina Shayk took to Instagram to share a new eye-catching pic of herself posing in a neon green bikini and black heeled thigh-high boots while holding a martini glass.

Irina Shayk, 35, is enjoying her summer by looking incredible in her latest Instagram snapshot! The Russian model, who has reportedly been dating Kanye West, 44, shared a new epic photo of herself doing her best pose while wearing a neon green thong bikini and black thigh-high leather heeled boots. She had her long locks down and one leg stretched out as she rested one arm on an outdoor cement pole that was near a pool, and held a martini glass with her other hand.

“Thank u @mertalas for fun family time #ibiza2021 @seventyonegin 🖤,” Irina captioned the sexy pic. It didn’t take long for her fans to comment with compliments. “the sexiest in the world!” one fan exclaimed while another called her “Goddess.” A third wrote, “so hot” and many more left her heart-eyed emojis.

Irina’s latest incredible pic comes in the midst of rumors about the status of her relationship with Kanye. The two were first spotted enjoying a vacation together in France in June and reports that they were dating soon came to the surface. Although Page Six reported the two were breaking up just a few weeks later, another source told PEOPLE that a split between them was not happening, and even claimed the “lies” were making Irina “upset.” 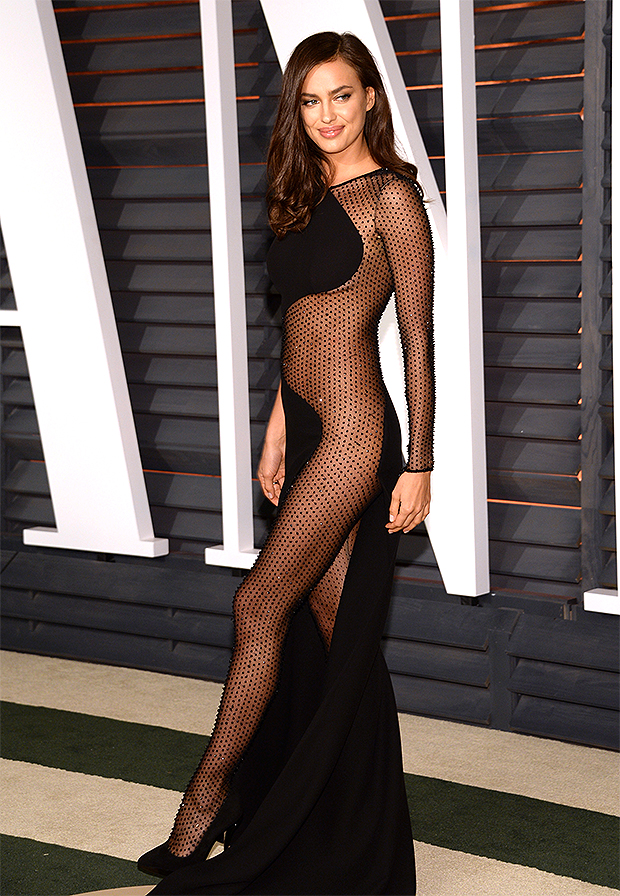 “Irina is so upset at the lies about her and Kanye,” the source said on July 16 while also adding she was taking legal action to set the news right. Rumors that “they’re cooling off and she turned down his invitation to Paris [are] just not true,” the source further explained, referring to a recent trip the rapper took without her. “Kanye went to Paris for the Balenciaga show to support Demna [Gvasalia]. He was in and out, only there for 3 hours. They are very much still dating.”

Irina and Kanye’s reported relationship comes after Kanye split from wife Kim Kardashian in Feb. They are co-parenting their four children, including North, 8, Saint, 5, Chicago, 3, and Psalm, 2, and appear to be on friendly terms. Irina split from ex Bradley Cooper, with whom she shares daughter Lea, 4, in 2019.