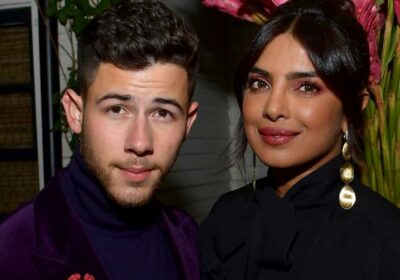 Priyanka Chopra and Nick Jonas surprised the world last week when they announced they had quietly welcomed their first child via surrogate. People has more details now on the two’s first day as parents to their baby girl (!) and their feelings generally going into parenthood.

“They both are truly eager to be parents,” a music insider told the outlet. “They are beyond excited.” The source added that “Nick and Priyanka have wanted a baby for some time.”

A second music management source told People, “This is a happy time for all. Nick and Priyanka are definitely ready for this new challenge in their lives. It is something they have both wanted. Now is their time, and they could not be more ready to raise a child.”

A source told Us Weekly on January 21 that Chopra and Jonas’ friends are “excited” for them and that the two hope to have “at least two children” eventually.

Chopra and Jonas announced the birth of their daughter that same day. “We are overjoyed to confirm that we have welcomed a baby via surrogate,” they wrote in joint statements posted to their Instagrams. “We respectfully ask for privacy during this special time as we focus on our family. Thank you so much.”

The news comes after Chopra told Vanity Fair in its cover story this month that having kids was very much a hope of theirs.

“They’re [kids] a big part of our desire for the future,” Chopra said. “By God’s grace, when it happens, it happens.” When told that their lives seem busier than ever with all their projects, Chopra responded, “No, we’re not too busy to practice.”

She added that when they do welcome a child, she has no issue with slowing down with her career commitments. “I’m okay with that. We’re both okay with that,” she said.