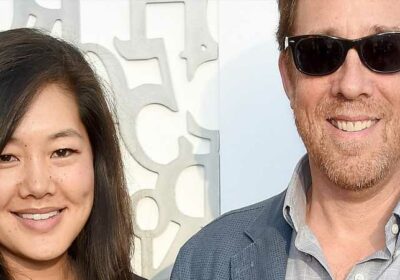 Season 11 of Bravo’s “The Real Housewives of Beverly Hills” is set to premiere Wednesday, May 19. Along with returning housewives like Lisa Rinna, Kyle Richards, and Erika Jayne, “RHOBH” is getting their first-ever Asian housewife — Crystal Kung Minkoff (via E!). While many of the current cast is unmarried, Crystal is happily married to film director Rob Minkoff. One of Rob’s biggest films is Disney’s “The Lion King,” which he co-directed with Roger Allers.

It was actually another Disney film that the couple saw together for their first date. According to TheThings, Crystal attended the “Finding Nemo” premiere in 2003 with Rob, and just like a Disney movie, the two found their happily ever after together. In fact, they just celebrated their 13th wedding anniversary back in September 2020. Crystal shared an adorable pic of the two on their wedding day to her Instagram with the caption, “13 years ago we got married. Best decision I’ve ever made.”

You can just tell Crystal and Rob’s marriage is the sweetest by looking at their social media accounts. Together, they have two children — son Max, 8, and daughter Zoe, 5 — who Crystal Kung Minkoff often posts about on her Instagram. She’s even a #BaseballMom who cheers on Max at his games from the stands. One person even commented, “You’re so normal!! It’s refreshing!” And for Mother’s Day, Rob posted the sweetest tribute to Crystal with a photo of the entire family and caption, “Happy Mother’s Day, darling. Your smile lights up our hearts.”

On Crystal’s birthday, Rob posted an adorable video of him and the kids in the kitchen preparing to bake a cake for her. In the video, it’s revealed that Max and Zoe are really the ones who will be making the cake, because as Zoe says, “Daddy doesn’t know how to do it.” It’s hilarious and really shows how much they care for each other and can make jokes at the same time. You can also see some Real Coco products on the counter, which Crystal is the founder of. So, not only are Crystal and Rob Minkoff a loving and supportive couple together, but individually, they’re an Academy Award-winning filmmaker and entrepreneur power duo.