Home » Celebrities » Iman Mourns David Bowie With Sweet Tribute On What Would Have Been His 74th Birthday: ‘Bowie Forever’

Iman Mourns David Bowie With Sweet Tribute On What Would Have Been His 74th Birthday: ‘Bowie Forever’ 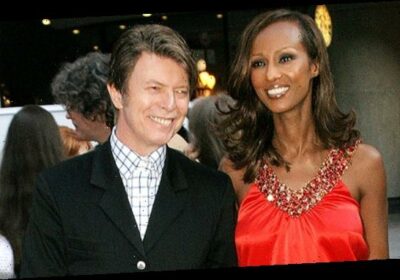 Iman took to Instagram to remember her late husband, David Bowie, posting a gorgeous black and white photo and writing an adoring message to the music icon.

Iman paid tribute to her beloved late husband, David Bowie, on what would have been his 74th birthday, taking to Instagram to share a stunning, haunting black and white photo of the singer as a tribute. The image featured the “Heroes” singer with his back turned to the camera as he looked out to the spotlight outlining his figure and hair. It was a gorgeous image, captured by French photographer Hedi Slimane. But Iman’s message truly struck a chord.

The longtime fashion model, 65, simply captioned the image “January 8th,” the date of Bowie’s birth. She also added the heart-wrenching hashtag “Bowie forever.” Fans left a slew of heart emojis in the comment section for Iman, and a few even reiterated her sentiment by adding the “Bowie forever” hashtag to their comments. Iman, however, wasn’t the only member of Bowie’s family to remember the incredible music icon.

David’s son, Duncan Jones, whom he shared with his first wife Mary “Angie” Angela Barnett, took to his Twitter account and shared an old photo of the father-son pair goofing around on a boat ride. Bowie positively beamed at the camera with an over exaggerated smile, while his son made a silly face as the photo was snapped. “Happy birthday, goofball,” he captioned the endearing image.

Much like Iman’s tribute, a slew of fans and friends left loving comments on Duncan’s post. British actor Rufus Sewell commented, “love this photo,” to which Duncan replied, “Embarrassing dad pics are the best. Im working on some of my own with my kids.” Across social media platforms, fans were remembering the brilliant musician, but the tributes from his family truly touched hearts.

Bowie and his first wife Angie welcomed son Duncan on May 30, 1971, just one year after they married. Duncan has built a distinguished career as a filmmaker. After Angie and Bowie divorced in 1980, the singer went on to marry Iman in 1992. The couple shared a daughter, Alexandria “Lexi” Zahra Jones, born in August 2000. Bowie sadly died at the age of 69 on January 10, 2016 after battling liver cancer.