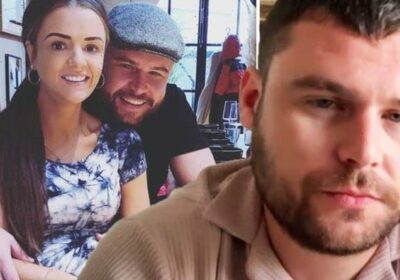 I’m a Celebrity… Get Me Out Of Here! star Danny Miller has credited his fiancée for “saving him” “the darkest of times” in a touching tribute. Posting the comment on Instagram, the Emmerdale star, 30, gushed over his wife-to-be and their newborn son, Albert, ahead of his entrance into the Welsh Castle earlier this month.

You saved me in the darkest of times

Posting a snap of herself, Danny and their new arrival in view of her 30,300 followers, Steph gushed over her family unit.

She wrote: “Daddy, Mummy and Albert,” alongside a blue heart emoji and the hashtag “#myboys”.

Danny rushed to comment on the sweet snap, expressing how much his fiancée and son mean to him.

He penned: “Thank you for everything you’ve done for me and for our beautiful son.

“You saved me in the darkest of times and I’ll spend the rest of my life thanking you.

“I love you AND Albert forever and always,” he added.

Steph replied: “@danny_b_miller and you to me.

Days ago, Danny’s childhood sweetheart Steph fiercely defended her fiance from criticism after he agreed to appear on the ITV show just five weeks after their son’s birth.

Danny, who recently made a shock exit from Emmerdale, has faced comments from followers who believe he should be at home with new arrival Albert and not participating in Bushtucker Trials in the Welsh Castle.

However, Danny Miller’s wife-to-be Steph has defended his decision.

In fact, she has even revealed that it was her who convinced him to take up the reality show opportunity.

Flying in the face of beliefs that she is resentfully struggling at home alone, she argued: “He is doing this show to provide for our family.

“I’ve had so many lovely messages from women whose husbands are in the Army and miss months of their children’s lives; of people who have no choice but to go to work,” Steph told the Mirror emotionally.

She recently returned to her job in the NHS prior to the birth of their first child.

However, she revealed that due to a previous break she’d taken, “maternity leave pay wasn’t what I was expecting”.

“I was stressed about it and Danny could see that.

“He didn’t want me to feel a pressure to return to work early because of the money.

“He knows I’m A Celeb could help his career and secure our future,” she explained.

I’m A Celebrity… Get Me Out of Here! continues tonight at 9pm on ITV.