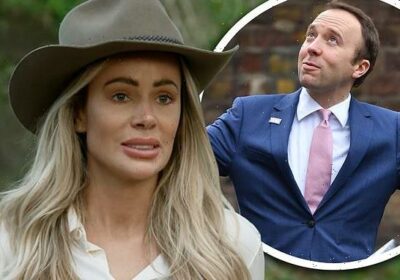 I’m A Celebrity 2022: ‘Who’s going to roast Matt Hancock now?’ Olivia Attwood makes jibe at the MP ahead of his appearance on show as she departs due to medical reasons

Olivia Attwood didn’t hold back as she made a sly jibe at Matt Hancock following her sudden departure from I’m A Celebrity… Get Me Out of Here! on Monday.

The former Love Island star, 31, was forced to leave the jungle earlier today due to medical reasons ‘beyond her control’ and later released a statement.

In her parting words shared on Instagram, Olivia referenced the former Health Secretary’s upcoming highly publicised appearance on the show.

Olivia suggested she would have confronted Matt following his arrival in the jungle after he was announced as a controversial contestant. 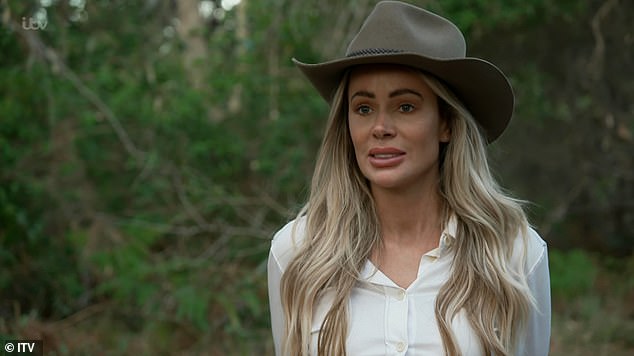 Ha! Olivia Attwood didn’t hold back as she made a sly jibe at Matt Hancock following her sudden departure from I’m A Celebrity … Get Me Out of Here! on Monday

The statement read: ‘To say Olivia is heartbroken would be an understatement, she dreamed of doing IAC for years, and was absolutely loving every second of the show and throwing herself into jungle life feet first (just as we knew she would).

‘However, for reasons beyond her control her journey has been cut short. Your support and kind words have meant the absolute world to her, now as much as it always has.’

It added: ‘You will hear the truth from Olivia in due course and she will be back on your screens in the New Year. 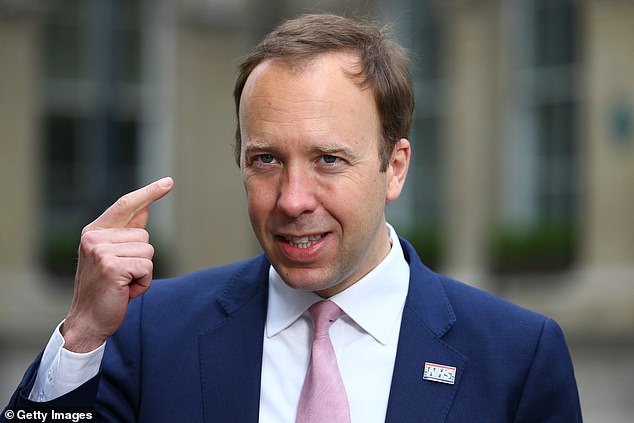 No change of meeting! The former Love Island star, 31, was forced to leave the jungle earlier today due to medical reasons ‘beyond her control’ and later released a statement

Matt is yet to appear on the show, with the politician and comedian Seann Walsh due to join at a later date.

Show hosts Ant McPartlin and Declan Donnelly confirmed there will be two extra arrivals to the camp and poked fun at Tory MP Matt Hancock during the launch episode of the series on Sunday. 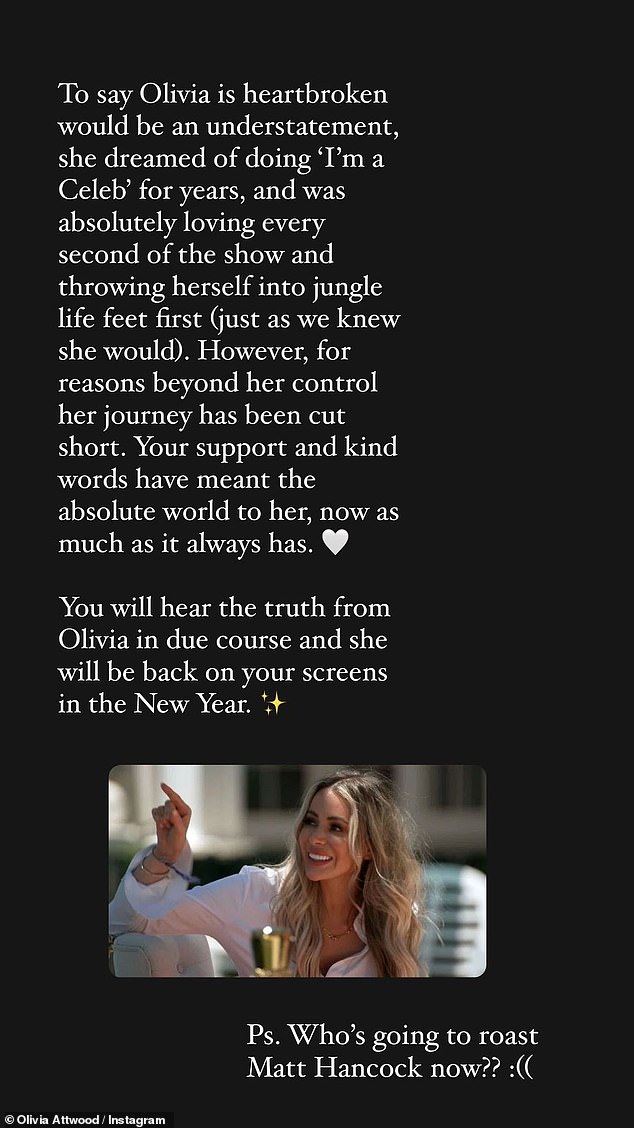 It read: ‘To say Olivia is heartbroken would be an understatement, she dreamed of doing IAC for years, and was absolutely loving every second of the show and throwing herself into jungle life feet first (just as we knew she would).’

Matt was seen arriving in Australia earlier this week after it emerged he was going to make a controversial appearance on the show.

Olivia revealed she is heartbroken to have left I’m A Celebrity earlier today. 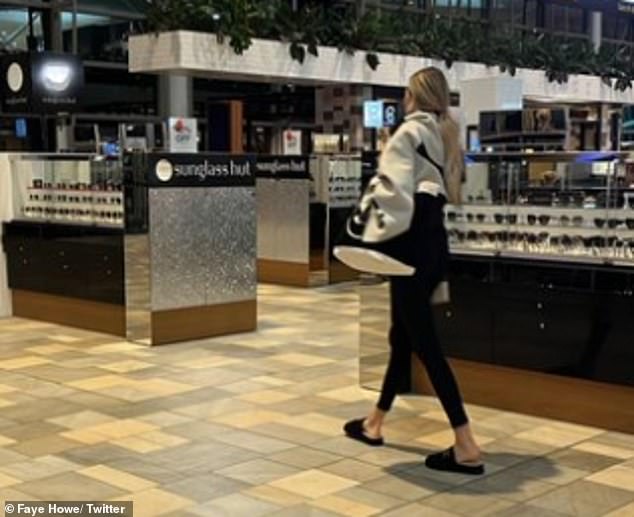 Catching a flight: She is now already on her way home to be consoled by her fiancée Bradley Dack after trying in vain to beg show bosses to return to the camp (pictured at Brisbane Airport at 7pm local time)

A source close to Olivia told MailOnline: ‘She’s so upset. She is absolutely devastated.

‘She felt so honoured and privileged to have been the first Love Island star to be given the opportunity to go into the I’m A Celeb jungle.

‘The worst part is that she absolutely did not quit the show and hates anyone thinking it was her decision to leave. 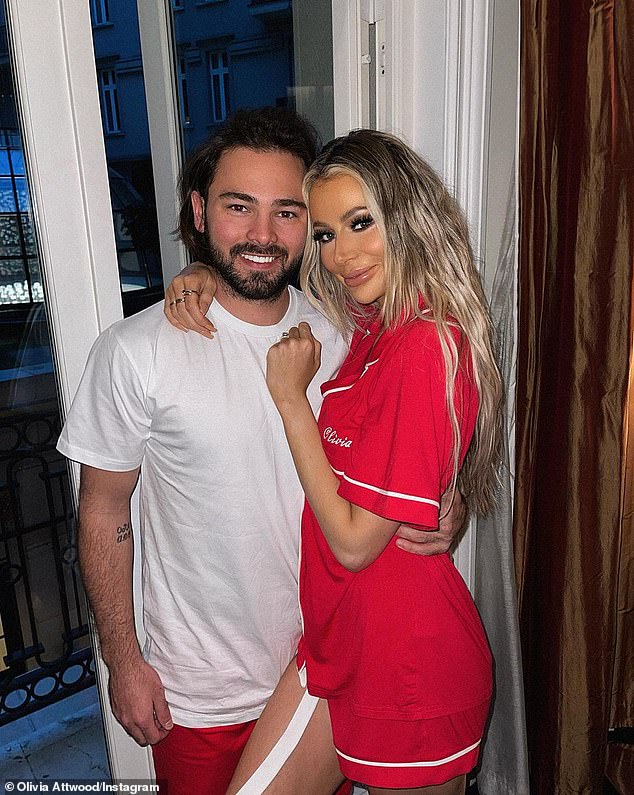 EXCLUSIVE ‘She’ll be gutted’: Olivia fiancée Bradley Dack insists Love Island star is ‘fine’ after being forced to quit I’m A Celeb on ‘medical grounds’ (but even he has no idea why!)

‘She wanted to take part still, but she had to leave for reasons beyond her control, which will be explained at a later time.’

Earlier in the day, her fiancé Bradley Dack has confirmed that the TV personality is ‘fine’, but will be ‘gutted’ with the early departure – after only spending 24 hours in the jungle.

However, admitting that even he doesn’t know why Olivia is leaving, the Blackburn Rovers footballer told MailOnline: ‘I just saw it in the news, like anyone else’.

Bradley added: ‘She’ll be gutted. I think she’s fine, but I haven’t spoken to her. I’m really not sure what’s happened. I just saw it in the news, like anyone else. I’m waiting for a call.’

It has been reported that the TV star will still get her £125,000 fee for appearing despite withdrawing from camp just 24 hours after arriving, according to The Mirror.

A TV source revealed that due to a particular clause in her celebrity contract, she will still receive her full fee, which is understood to be approximately £100,000 -£125,000. 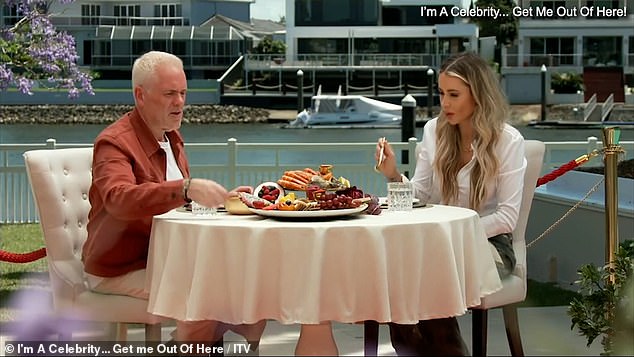 After making history as the first Love Island personality to compete on the ITV show , the reality star has now left the camp after being involved in a reported ‘medical drama’.

She is already on her way home to be consoled by midfielder Bradley after trying in vain to beg show bosses to return to the camp.

A show spokesman told MailOnline: ‘As a precautionary measure Olivia needed to leave the jungle to undergo some medical checks.

‘Unfortunately, the medical team has advised it is not safe for Olivia to return to camp as there needs to be further investigation. She has been absolutely brilliant and she’ll be very much missed on the show.’

Olivia’s early exit means she’s tied for the shortest stint in camp after EastEnders actress Elaine Lordan also withdrew after just 24 hours during the 2005 series when she fainted twice in one day.

I’m A Celebrity… Get Me Out of Here! continues on ITV1 on Monday at 9pm.

MISSING ANY BIG OCCASIONS? No, I am going straight into the jungle from playing at various festivals and gigs

ROLE IN THE CAMP: In-house dietician reassuring everyone that they will be ok on the jungle diet. And entertainer – I will sing!

BEST ATTRIBUTE: I am a very positive person and I don’t bear any grudges

DREAM CAMPMATE: It would be funny if my ex, Jon Moss, comes on the programme -but I don’t think that will happen!

PHOBIAS: I am petrified of heights. I ended up carrying the bags when we took my girlfriend’s niece once to Go Ape as I am so petrified!

MISSING ANY BIG OCCASIONS? A friend’s birthday, a wedding, and Leeds United matches

ROLE IN THE CAMP: Entertainer. Hopefully I can help shorten everyone’s boredom.

BEST ATTRIBUTE: Hiding food! I am going to fly out early and sneak into the jungle and hide pot noodles everywhere, then I will be everyone’s best friend!

DREAM CAMPMATE: Ant and Dec…let’s see how they cope for 24 hours!

PHOBIAS: Don’t be ridiculous! I am not going to admit to what I fear most!

MISSING ANY BIG OCCASIONS? Coronation Street and we are expecting another grandchild any day, so hopefully it will arrive before I fly out to Australia.

ROLE IN THE CAMP: I will be more of a mum – that is where I will naturally fit.

BEST ATTRIBUTE: I can cook and I am a good listener, so hopefully I will be a friendly ear for everyone.

DREAM CAMPMATE: Good Morning Britain’s Richard Arnold. He is my TV husband and it would be lovely to have an ally in camp!

CLAIM TO FAME: Presenter of A Place In The Sun

PHOBIAS: Spiders. There is no point in lying about it! I’ve got an irrational fear about them

MISSING ANY BIG OCCASIONS? Just a holiday which I can postpone

ROLE IN THE CAMP: Mum, cook and morale booster. I always like to look at the positive side in life

BEST ATTRIBUTE: I can cook and I will be good at making sure everything is tidy in camp

DREAM CAMPMATE: Mo Gilligan. He is hilarious and I totally fancy him!

PHOBIAS: I am scared of absolutely everything. Snakes, rats – I am fearful of them all and I am dreading the trials

MISSING ANY BIG OCCASIONS? I was going on tour but we’ve postponed it now until next year

ROLE IN THE CAMP: Tension breaker. If I can break tension anywhere it starts up in the camp, then I will do that. We don’t need to be bickering as it will be a first-time experience for everyone

BEST ATTRIBUTE: Hopefully I will bring some humour to the camp

DREAM CAMPMATE: I am a big Arsenal fan and so any ex-Arsenal player would be great. I am looking forward to chatting to Ant & Dec about football

PHOBIAS: I haven’t admitted to having any phobias but in a weird way, I am looking forward to taking part in the trials!

MISSING ANY BIG OCCASIONS? My podcast series and the rugby Internationals this autumn

ROLE IN THE CAMP: Morning motivator. I would like to see everyone get on well and us all have a great experience

BEST ATTRIBUTE: I am a positive person

DREAM CAMPMATE: Samuel L Jackson would be cool. He has lived the life!

MISSING ANY BIG OCCASIONS? I am a big fan of football so I will miss watching the start of the World Cup

ROLE IN THE CAMP: Entertainer and games coordinator

BEST ATTRIBUTE: It is definitely not my cooking skills or brains!

DREAM CAMPMATE: Any of the Leicester City starting 11!

PHOBIAS: I am not sure what my fear factor will be because I’ve never had rodents, spiders and snakes crawling all over me!

MISSING ANY BIG OCCASIONS? My children’s annual school ball which I am gutted about

ROLE IN THE CAMP: Mum and cook. I don’t mind falling into that position

BEST ATTRIBUTE: I like to listen and talk. I love learning about people and I have a natural curiosity for people

PHOBIAS: I don’t like rats and the thought of being underground fills me with fear!

MISSING ANY BIG OCCASIONS? The Men’s World Cup. I am going to find it weird not being able to know how the men are getting on in the tournament. Hopefully they will still be in the tournament when I come out of the jungle

ROLE IN THE CAMP: Helping hand. I like to help people if they aren’t having a good day

BEST ATTRIBUTE: Hard worker. I will always find a way to add value. I am also very honest

DREAM CAMPMATE: Another sports person would be great as it would be someone to bounce ideas off.

PHOBIAS: I hate the dark so I’m keen to avoid any challenges in the darkness

MISSING ANY BIG OCCASIONS? No, had the show been on air any later, I could have missed my sister’s wedding

ROLE IN THE CAMP: Clown. I was always the class clown at school and I love having a laugh

BEST ATTRIBUTE: I don’t take myself seriously and I have got a good sense of humour

DREAM CAMPMATE: A pop legend like Dolly Parton who has amazing stories to tell