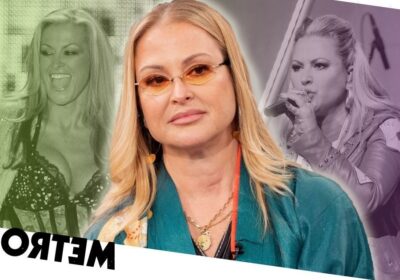 Welcome to Metro.co.uk‘s Big Questions, where we ask, well, the big questions (and the smaller ones too) and this week, we’re diving deep with Anastacia, who, frankly, is definitely not outta love, despite what the song suggests.

Last week we chatted with comedian Katherine Ryan about her career, online critics and, of course, Pete Davidson and Kim Kardashian.

Today we bring you absolutely 90s icon, Anastacia, where, for one day in your life, she muses on her decades in the music industry, the sheer power her lyrics have had on people, as well as her own battles and health struggles in the public eye, as she embarks on her 20th anniversary tour of the Europe and UK.

Congratulations on the anniversary tour! How does it feel to be back?

I’m still trying to be like, ‘is this really happening, did we just put dates on the poster?’ I will say, my 20th anniversary was 2020 and obviously nothing went on, with everyone, but my manager is still so bummed that it didn’t happen. He literally keeps calling it the 20th anniversary. I’m like, dude…two years ago.

He had to book it five times. That’s just part of what everybody did.

When it started happening I thought we might be on lockdown for a little bit. He’s an old-school rocker and he’s like ‘nah, it’ll blow over’. 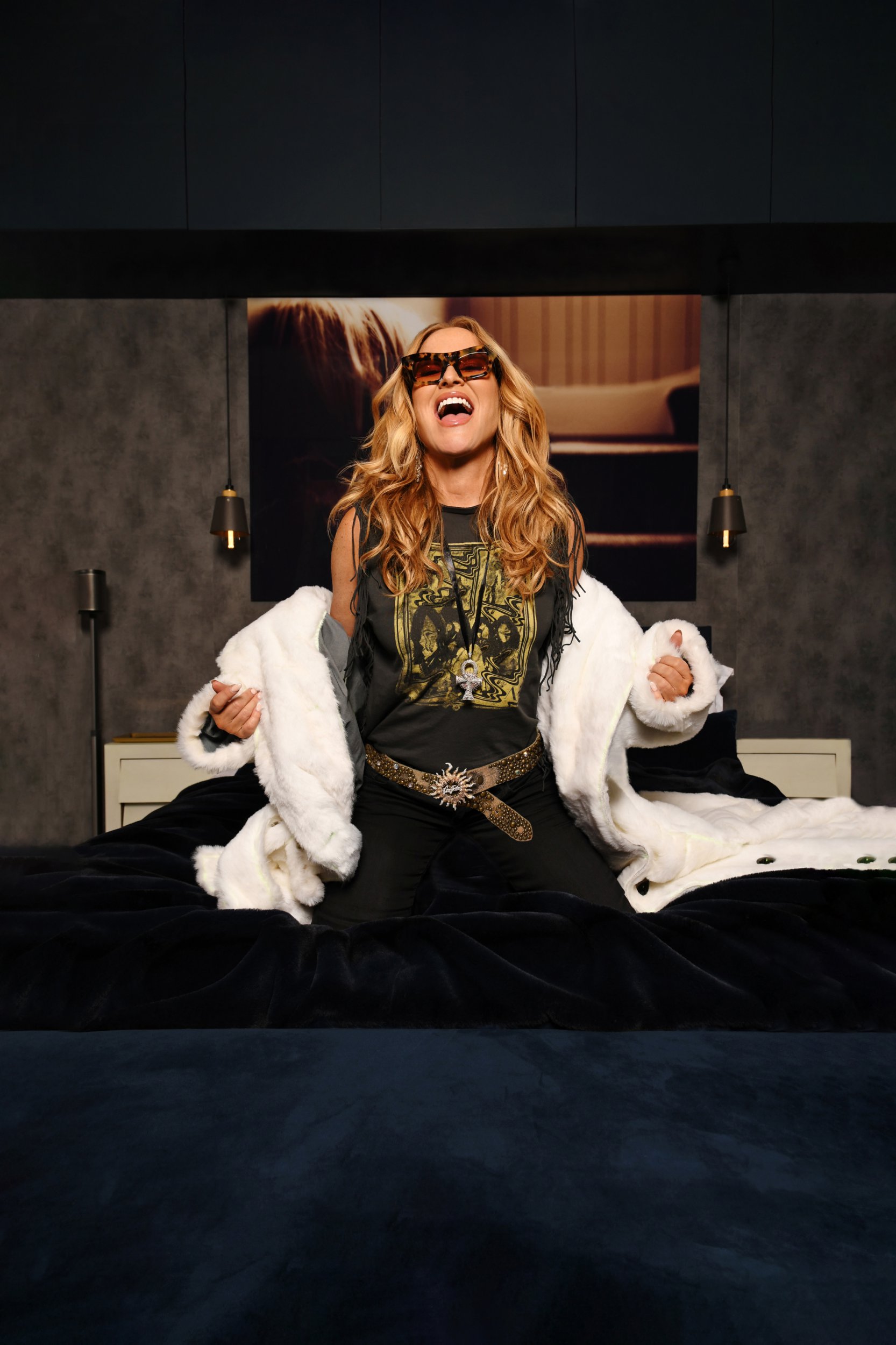 It is trippy to think I’m gonna be touring next year. It’s exciting, I’m gonna be doing two-hour shows. I may need an autocue… the fear of it all!

We’re seeing so many of our favourite acts get back on the stage, what are you expecting to see when you look at your fans?

It’s really fun because over my career I have seen my fans be children, grow up, become business people, get married, have children, get divorced, bring the kids to shows.

It’s been a long time and there have been some loyal fans that always pop up. in fact, I just saw the picture of a wonderful couple – these two beautiful women who met as fans of mine. They met, they fell in love, and just had their first baby girl. Choose love. It was just so happy to see.

I know, even though my song says I’m all outta love, apparently…

Is that the song that gets everyone out of their seats

I think that and a few others definitely, One Day In Your Life, Left Outside Alone, Paid My Dues, Why’d You Lie To Me. A lot of my songs have a lot of rhythm and fun-ness to them, I’m not known as a ballad singer, so a lot of my songs that I sing are faster but immediately Left Outside Alone and One Day In Your Life and I’m Outta Love I’d say, shouting most of the songs.

What’s your favourite song to perform?

I’m very grateful that I still love the first song that started my career [I’m Outta Love], just as much as I loved it when I first sang it. I don’t hate singing it, I don’t go ‘ugh, god I gotta sing this song again tonight’. I love it. I still feel great energy. I don’t get bored.

It’s still 100% is in every set because that is the song why I’m even on stage. If you don’t want to hear it, know that it’ll probably be in there and that’s when you can go to the loo.

How have you noticed the music industry change over twenty (two) years?

I’ve kinda seen rock fade, because MTV is gone and different things that faded in our industry slowly, not in a negative way, just it’s taken a backseat to the priority, and hip hop and rap.

I don’t even know what you would call the music today, a bit of autotune, that’s taken centre stage to what music is. And the Latin market has come in hardcore. That is the biggest change I’ve seen, if you’re going decades.

I haven’t followed in those footsteps, I’m still doing the same music I do, the same way and I still have people coming to my concert wanting to see that.

I don’t need to follow what’s popular because I wouldn’t do it very well. I’m not Latin, I don’t want to put autotune on my voice, but I love what’s out there. I still enjoy it, I still embrace it, but it’s just not my direct lane.

I can’t even imagine you on autotune

I tried to sing with it in the studio once. Woah! I don’t even know what note I was supposed to sing.

If it has to be put on for any reason, it’ll be put on after. I definitely can’t sing live with that puppy.

You just won The Masked Singer Australia as Vampire, that looked like a trip!

My costume was so top-heavy and I’d just had neck surgery, I couldn’t have made a more difficult way to go. Let’s replace two discs then let’s go get a really heavy costume.

They said the costumes are really light and my doctor said ‘please have the surgery before you do this show, it will only help it if you get the surgery, we need to keep this as strong as possible’. I had the appropriate time, then I was in that costume.

Each time I did the show, whenever that was, it was sporadically if you got through, all over the place, I loved every minute of it, it was the weirdest altered state you could ever be in.

I tried to not sing like myself at the beginning, but it was so hard to sing in general, that I already didn’t sound like I did. I can’t even get high notes out the way I want. I would hear me singing it, but once I took the hat off it’s so much easier to sing, everything was a lot crisper.

Would I say would I do it again? It’s possible but I don’t want to become ‘the masked singer, yes she’s in it again’, but it was so great, I had no idea who anyone else was.

With your accent, surely it narrows the field when performing in Australia…

I tried, I would be like [puts on English accent]. Just don’t talk. That usually doesn’t happen to me very often.

You’ve been open about your health battles in the past, diagnosed with breast cancer twice, and having Crohn’s. I’d imagine you’d still get fans thanking you for your honesty around everything you’ve been through?

I get fans appreciating my honesty and candour. I don’t know that I thought about the repercussions of doing stuff like that, I just did it. I didn’t think ‘is this gonna ruin my career and I’ll never sing again?’ I think that’s maybe what people think when they didn’t want to talk about stuff.

I thought there was so much I didn’t know about certain things, about health or Crohn’s. If I don’t know, do you know? That’s why I wanted to talk about it.

I’m probably more famous for having breast cancer [laughs], just about equal as singing. If that has changed people and saved their lives and found stuff early and made them become way more hypervigilant about their health then I think by talking I’ve helped.

Seeing people be open and honest about mental health issues has helped save people with their struggles; seeing young artists talk about ‘it’s not easy for me either.’

‘It looks so easy when Anastacia goes through it’, are you kidding me? It was terrible but you have to find something positive and some moment of humour and I, most of the time, find humour in, not laughing at it to make fun, laughing at it to find the positive. To find the light because laughter is light and negative is dark.

When I said the word cancer, it was such a hard word to say. The first three letters are so doable. Instead of saying ‘I have cancer,’ I would say ‘I have toxic titties…’ which is probably gonna be the headline. Shoot! I knew I was gonna give you a good headline.

I’m very grateful. If my honesty helped another person I’d do it again and again.

With more artists opening up these days, do you think you’d have done anything different if you found fame now?

I wasn’t open and honest because people weren’t, I still think when I tell people now of the certain percentage of people who get breast cancer, they still don’t know the stats. Catch it early, kids, just don’t not go to the doctor. Out of sight out of mind, a lot of people like to live that way which is much easier than living in reality with your feet on the ground.

I think it’s really wonderful that people are talking about difficulties, especially mental health. With kids, the life they have to live with these computers, soaked and immersed in likes and hearts and gratification in so many different ways. I didn’t really have to deal with that growing up.

The stress level having everyone be in your space because there’s a camera everywhere, there really is a lot of pressure. I’m glad that artists in their 20s are talking about their difficulties not just because they’re in the industry, because it’s there.

I get kids saying ‘I wanted to kill myself ‘. When I was in Australia, when I did my tour, I had two separate people say the song Stay that I had written about the second cancer I got, on the album Resurrection, which was me not wanting to die, they had both, in different places on their body, tattoos [about the song].

They said ‘I was going to [take my life] and I listened to that song and it let me know I can’t, there are other things to stay here for. I know it’s hard, but I’m gonna stay’. Bawling when I’m looking at this girl, [who wanted to take her life] because s**t is hard. I’m so happy you’re here. I’m so happy you hung in there. If you think, the sun goes up and the sun goes down; it’s just a moment.