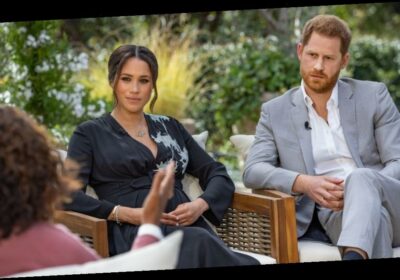 “She’s just like you,” my dad sweetly told me as we discussed the buzz around the soon-to-be Duchess.

You’ve got to appreciate a father’s love as unfortunately I’ve never been the star of a hit TV show like Meghan Markle and I have also never caught the attention of Prince Harry (to my knowledge), but we do both have white dads and black mums.

My dad didn’t throw a party when Prince William and Kate Middleton got married, he probably couldn’t name all of the Queen’s children and he swiftly exits the lounge when me and my mum switch on The Crown.

To sum up he’s not too interested in the royals, but even he couldn’t help getting caught up in their love story.

My dad, who married my mum in 1989, was undeniably excited about seeing Meghan and Prince Harry – a mixed couple – announcing their engagement because of what it represented. We all were.

My mum and dad are not the type of people to moan, but I know from brief stories that trickle out of them before they realise what they’re saying and plaster on a smile, that their union wasn’t always easy for them.

I know that my mum was often stopped in the street to ask who her babies belonged to due to our lighter skin tone. I know that a factor in my mum deciding to have more than one child was that she worried we’d get bullied for having a black parent and so wanted me and my sister to at least have each other.

It seemed like decades later the country was making strides forwards. If a black woman could be accepted into the most elite family in the country then hopefully racism was at least decreasing.

Unfortunately Meghan didn’t marry her Prince and live happily ever after. Her bombshell interview with Oprah Winfrey has detailed the racism she went through while simultaneously being catapulted to the highest level of fame.

While pregnant with Archie she claims that the royal family had “the conversation of ‘He won’t be given security. He’s not going to be given a title,’ and also concerns and conversations about how dark his skin might be when he’s born” with Harry, which was relayed to her. “It was awkward. I was a bit shocked,” Harry added.

People are questioning whether they’re telling the truth, but what’s worse for me is those making excuses for the comments. People are debating how racist it is including Jane Moore and Piers Morgan on prominent TV shows. Racism is racism, regardless of intention and context.

Having other people tell you how racist something is and how offended you deserve to be is something I have also experienced. It instantly gave me flashbacks to when an acquaintance made a remark about a mixed race baby being less desirable, and calling it a joke when I took offence. I struggled to sleep afterwards and it suddenly felt like my burden, and my job to educate. Now I know it absolutely isn’t.

If Meghan and Harry had stuck it out in the royal family then maybe they could have changed the institution, but why should it be their responsibility?

I didn’t realise how upset I would be at the interview, and how much it pains me to hear Meghan talk about the difficulties she’s faced and even contemplating suicide. I get knots forming in my stomach when somebody talks about race negatively and I know how low it can make you feel when you’re made to feel like less.

I still feel joy when I think of those original months of their love story, where hope was the main feeling in my household. Now, the story has become bigger than even the couple and I hope more than anything that their honesty means change for the future.