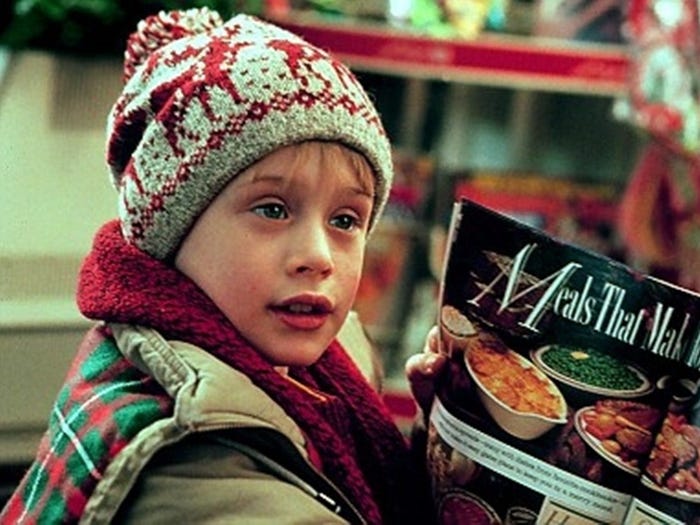 Chris Columbus is not a fan of Disney's plans to remake his Christmas classic, "Home Alone."

The director of the comedy, that is celebrating its 30th anniversary this month, told Insider he believes any effort to try to recapture the magic he and the movie's star Macaulay Culkin pulled off back in 1990 is a "waste of time."

"What's the point?" Columbus asked. "I'm a firm believer that you don't remake films that have had the longevity of 'Home Alone.' You're not going to create lightning in a bottle again. It's just not going to happen. So why do it?"

"Home Alone," and the four sequels that followed it, were all made under the Fox banner. The IP then became Disney's when the Goliath bought Fox back in 2019. Not long after, on a conference call with investors, then-Disney CEO Bob Iger revealed a "reimagining" of "Home Alone" was in the works and would be released on Disney Plus.

"It's like doing a paint-by-numbers version of a Disney animated film — a live-action version of that," Columbus said. "What's the point? It's been done. Do your own thing. Even if you fail miserably, at least you have come up with something original."

But that's not the only "Home Alone" remake that's got Columbus annoyed. Since 2018, Ryan Reynolds has been developing "Stoned Alone," which is being pitched as a comedy about a twenty-something stoner who misses his flight for a holiday ski trip and now home alone finds himself going up against crooks.

"God only knows what that will be," Colombus said of Reynolds' project.

However, "Stoned Alone" was in the works at Fox before the Disney buy. So we may never see this one. But that hasn't stopped Columbus' distaste of the idea.

Talking to The Independent recently he went even further on Reynolds' unique "Home Alone" reboot plan.

"I thought to myself, 'This is just an insult to the art of cinema,'" Columbus said.