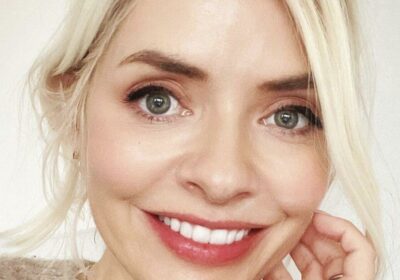 This Morning favourite Holly Willoughby has reportedly been given “two and a half weeks off of This Morning” to allow her to present a new show for rival channel BBC.

In a bid to keep her, ITV bosses have reportedly given the popular presenter, 40, time off from the show so she can co-host Wim Hof’s Superstar Survival with Lee Mack.

Holly is set to fly to Southern Europe on January 17, immediately after the launch show of this year’s series of Dancing on Ice which she presents with her fellow This Morning co-presenter Phillip Schofield, 59, according to The Sun.

It’s set to be a busy few weeks for the blonde beauty who is said to returning to the UK at weekends to take her place hosting the celebrity ice show.

Holly was a hit when she joined Declan Donnelly as his temporary sidekick on I’m a Celebrity…Get Me Out of Here! for the 2018 series after Ant McPartlin took a break from presenting.

A source told the publication: “Holly did an excellent job filling in for Ant and was one of the highlights of the show that year.

“She has high career ambitions and is starting the year as she means to go on.

“However, she absolutely loves This Morning and her on-screen partnership with Phillip, so isn’t going anywhere long-term. She’s just grateful ITV bosses are giving her the freedom to do her own projects.”

The new BBC venture for Holly will see her team up with funny-man Lee Mack to present the show that will tackle death-defying challenges in harsh European conditions in a bid to defeat personal demons such as insomnia and anxiety.

The show will feature extreme athlete Wim Hof, 62 – otherwise known as The Iceman – who will share his expertise with contestants on withstanding freezing temperatures.

With this exciting new opportunity, sources told OK! that Holly is "excited" to have her own show.

"Holly is excited to start working on the new show and loves the people she will be working with," the source said.

"She of course loves working with Phil, but she’s also a star in her own right and doesn’t have to rely on their partnership."

Holly has said of the new venture: “I can’t wait to team up with Lee and Wim on this show.

“Lee is a favourite in our house because he’s so hilariously funny and I’ve been a fan of Wim for a long time.”

Holly's representatives declined to comment when contacted by OK!.