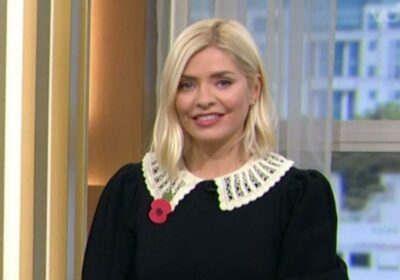 Holly Willoughby is set to miss This Morning for a third day, with the star revealing that she is still unwell.

Holly, 40, shared an image of her cat Bluebell on her Instagram on Thursday morning with a caption explaining to her 7.4 million fans how she is still poorly and unable to do yet another show.

The social media post said: "Good morning… My name is Bluebell, sadly Holly won't be able to come out to play on @thismorning today as she is still under the weather… seriously what I've witnessed over the last 48 hours you wouldn't want her there…

"I'm sure she'll be back on Monday… Honestly I'm sick of the sight of her!"

Josie Gibson, 36, has stepped in to present the show for the last two days and will be hosting the show with Phillip, 59, for a third time this week.

One viewer even offered medical advice to Bluebell, writing: "Bluebell. We have visions of Holly puking everywhere.

"We are sure you have been watching everything closely and have it all under control. Tell her to make sure she is keeping herself hydrated, to rest up, and to get well soon. And Bluebell, get read to duck."

Fans of the ITV morning show saw that Josie would be joining them for their morning rituals on Thursday in the pre-recorded clip released on Wednesday, saying: "Tomorrow at 10, things are set to get wild as we chat to Tiger King star Carol Baskin."

Joining in, Phillip said: "And we'll be joined by the man who claims to have the biggest penis in the world. At 10."

Feeling the pressure of hosting the main show, Josie shared kind words and thanks with fans of the ITV programme, saying it was an "honour" to sit beside Phillip.

She also admitted that she had a "quiet cry" after the success of hosting the show for the first time.

Keeping fans in the loop, Phillip said that he is checking in with Holly regularly, saying: "We were texting Holly all afternoon yesterday.

"It's a tummy bug that is going around everywhere, it's apparently only a two day thing – she has lost her appetite, so it'd be a shame not to come in as we've got great food later!"