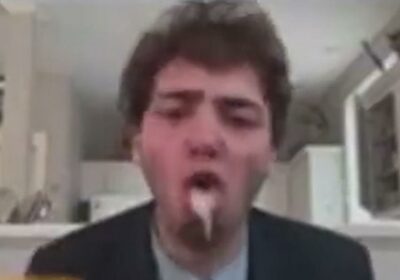 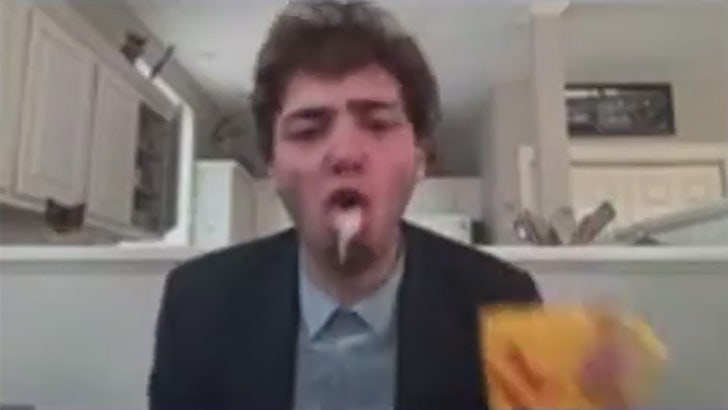 A Gen-Z’er went all Linda Blair on a Chicago morning show Thursday … except instead of green slime, a mouthful of java propelled into his camera lens, horrifying a TV anchor.

It went down on WGN in Chicago, where a dude named Peter McIndoe was yakking about his conspiracy theory that birds don’t really exist … rather, the fair-feathered friends are actually drone replicas — all part of an effort by the U.S. government to keep eyes on us. 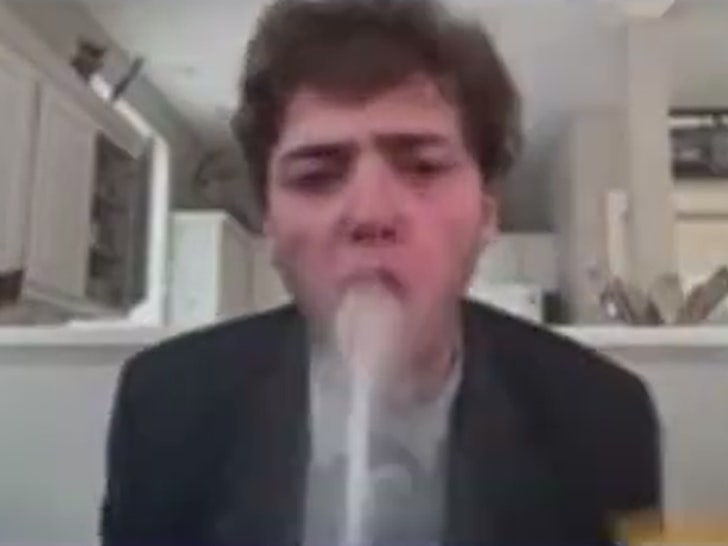 As Peter dutifully answers the anchor’s questions, he takes a swig of something from his coffee mug and then just hurls into the cam. The anchor is flummoxed … and it’s hysterical.

We’re calling BS on this … but that doesn’t make it unfunny.

BTW … Peter’s grassy knoll theory has landed with his fellow Gen-Z’ers … hundreds of thousands of them are wearing “Birds Aren’t Real” t-shirts. They infiltrate various rallies.

Way to mug for the camera, Peter!