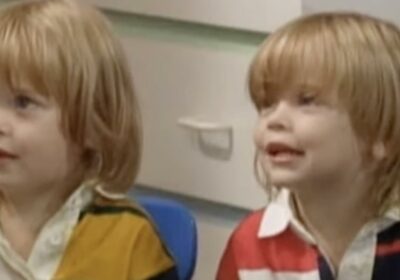 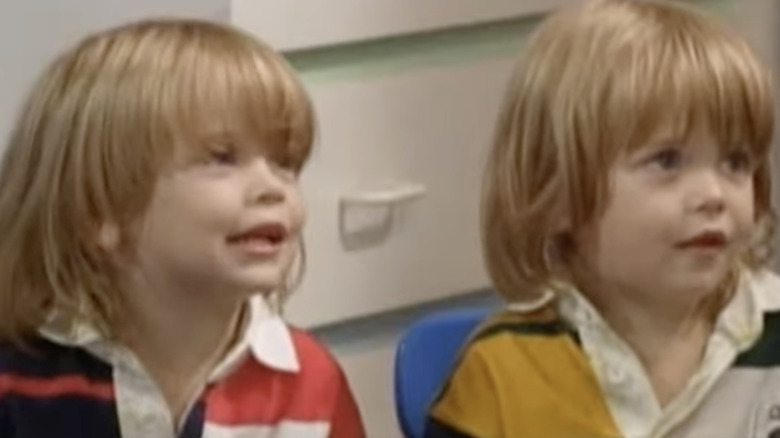 Cute kids seemed to be the bread and butter of “Full House.” And just in case you didn’t watch sitcoms growing up, “Full House” is a ABC sitcom that aired on Friday nights from 1987 to 1995 (via IMDb). The Olsen twins, also known as Ashley and Mary Kate, debuted on the show as infants and as we watched them grow older and more precocious, producers decided fans needed even more little ones.

While Ashley and Mary Kate were twins playing one character, when Alex and Nicky Katsopolis were born, we got double the fun when twins Dylan and Blake Tuomy-Wilhoit were cast to play the sons of Uncle Jesse (John Stamos) and Aunt Becky (Lori Loughlin).

With their long, soft locks of strawberry blonde hair and their bit expressive eyes, the latter seasons of “Full House” gave us a double dose of adorableness to complement the more grown-up cuteness of the Tanner girls. DJ (Candace Cameron Bure) and Stephanie (Jodi Sweetin) were teens, Michelle had started kindergarten, but Alex and Nicky were still home at the full Tanner house, prompting those sighs of “awww” from the audience.

Alex and Nicky made some brief appearances on Fuller House 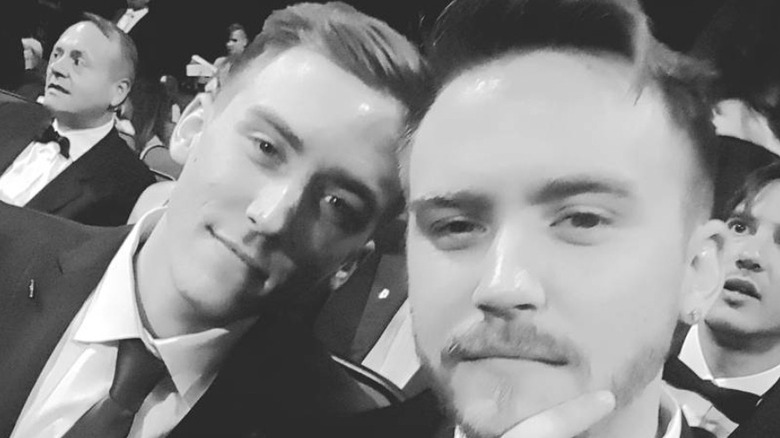 “Full House” fans who missed the Tanners and their extended family got a treat from 2016 to 2020 when “Fuller House” streamed on Netflix (via IMDb), bringing back most of your old favorites, including Dylan and Blake Tuomy-Wilhoit as Alex and Nicky. Sadly, the characters weren’t seen for long and all we knew was that they had dropped out of college to open a fish taco food truck (via Screen Rant).

Since the twin actors who played Alex and Nicky as little boys and then as college-age young adults no longer act, it made sense that they weren’t a big part of the show. However, not acting doesn’t mean the pair is no longer in show business. In fact, Dylan is an Emmy-award winning Foley artist, meaning he helps create sound effects for television shows.

After spending four years as a firefighter in Georgia, as of this writing, Blake is following in his brother’s footsteps and also works with technology and sound after joining his family’s audio engineering business, according to Good Housekeeping.