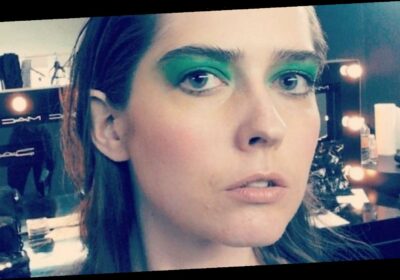 Ann Ward, the Texan winner of Cycle 15 of America’s Next Top Model, won over audiences with her beautiful physique and unique personality.

The New York Post called her one of the “most fascinating contestants” given her incredible ANTM win despite her lack of self confidence. Along with winning her cycle, Ward set the record for most consecutive Best Photos in the competition’s history (via Marie Claire).

The 6’2 beauty took on high-end editorial gigs and used her strut skills to hit runways around the world. Her most notable work, besides ANTM, was being the featured cover model of Beauty for Vogue Italia in 2011. She was also featured in Velvet Magazine. Her most notable runway work was the Pineda Cavalin show at the Desfile Google+PV14 show in October 2013 (via YouTube).

Though its been well over a decade since her ANTM cycle, Ward continues to be a fan favorite, along with other contestants, including Allison Harvard, Shandi Sullivan, Analeigh Tipton, and Alisha White. Despite having the natural talent for the fashion industry, Ward had another career path in mind.

Instead of modeling, Ann Ward is now a star in the art world (via Entertainment Weekly). According to her portfolio, Ward is a “full time concept artist and motion designer at the AR and VR advertising agency, Groove Jones. Along with that, she also creates characters and “art directs show pitches for the remote animation studio, Theory Studios.”

She frequently shares her newest work to over 25,000 followers on both of her Instagram and Twitter accounts. According to the New York Times, she used to livestream her creating on her Tumblr account.

Her last editorial work was back in 2014 for Time Out Mexico, according to her social media. It’s unknown whether she’ll try her best poses or catwalk again. But with her impressive artwork and resume, fans are psyched to see where she’ll go in the artistic world.

Ward currently works from her home in Dallas, Texas.