Brad Pitt has a number of tattoos, but while arriving at the Venice Film Festival on August 28 for the premiere of his newest film Ad Astra, some eagle-eyed fans noticed some new ink on the actor’s right arm.

The new tattoo appears to depict a man standing above his shadow. The figure is all black, and it doesn’t seem to be looking at anything in particular.

Interestingly, the tattoo is right next to another tattoo that Pitt previously got in honor of his ex-wife Angelina Jolie. As Us Weekly reports, that tattoo is based off of a 13th century poem by the Persian scholar and poet Rui. It reads, “There exists a field, beyond all notions of right and wrong. I will meet you there,” and Pitt got the ink right before he and Jolie got married in 2014. 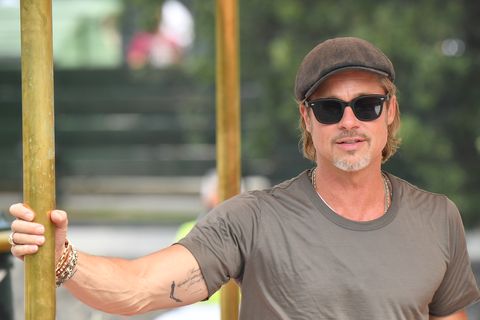 There’s been no word yet on what exactly Pitt’s new tattoo means, but the fact that he placed it right next to his Jolie-inspired tattoo means that it may be related to his ex-wife—Pitt was open about his divorce impacted his health, both physically and mentally. Fans and media outlets are also speculating that the ink may be related to one of his most popular films, The Curious Case of Benjamin Button. Posters for that film featured a similar figure.

But it’s also possible that the actor’s new ink isn’t related to anything at all. On his other arm, Pitt has a tattoo of another legendary, yet random, figure: Ötzi the Iceman, the well-preserved mummy of a man who was found in the mountains of northern Italy in 1991. 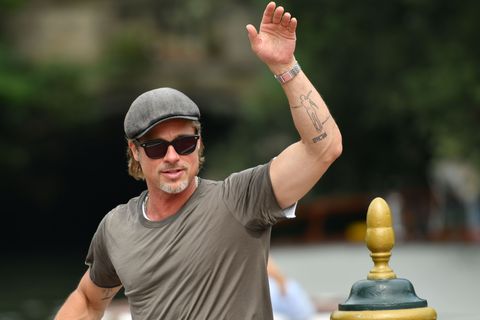