‘America’s Got Talent’ judge Heidi Klum and her musician husband Tom Kaulitz looked super loved up when they spent some time furniture shopping.

Heidi Klum has stepped out for a furniture shopping trip with her husband, Tokio Hotel rocker Tom Kaulitz, 32. The 48-year-old America’s Got Talent judge was spotted out and about in Los Angeles on September 29, walking hand in hand with her hubby. They were seen visiting multiple furniture stores in West Hollywood, while cutting casual figures in comfy sweats. 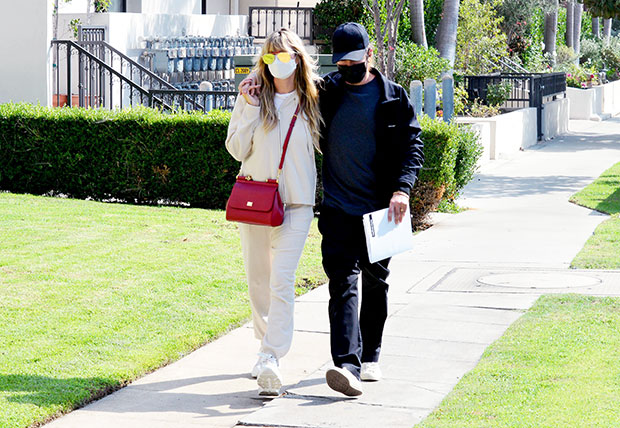 The German-born model stunned in a cream sweatsuit, featuring a sweatshirt and matching bottoms. She accessorized with a red crossbody handbag, white sneakers, and tinted shades. She also wore a blue protective face mask and styled her blonde tresses in loose waves. Meanwhile, Tom rocked a blue tee, black pants, and a black jacket which he paired with a dark face mask and a black cap.

After hitting up several stores, they were then seen eating lunch at The Ivy, where they sat opposite each other in the outdoor dining section, looked super loved up. The outing came just a couple of months after Heidi appeared on Jimmy Kimmel Live! while rocking a glittering red ensemble. During the show, the blonde beauty revealed that Tom gave her a very unique gift on her birthday last year. “It’s the German wall! It’s the Berlin German Wall,” Heidi shared, showing off the chunk of the Berlin Wall that now sits in her front garden. 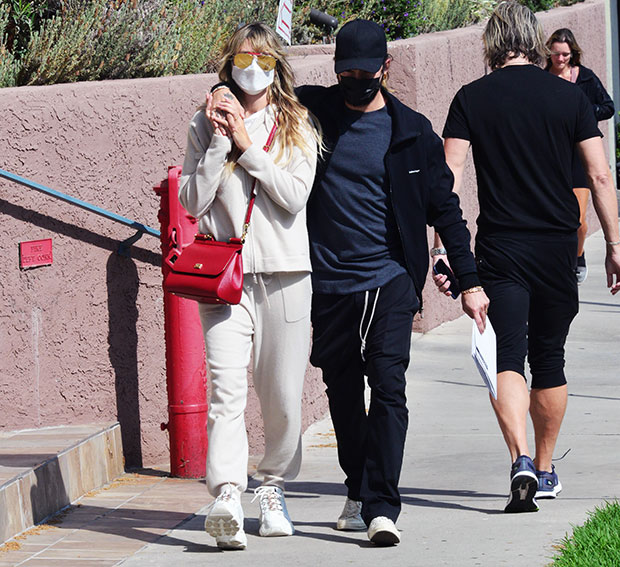 “My husband was actually born in East Berlin, and I’ve been there many, many times. Obviously, I love Germany. This is where I’m from even though I’ve been here longer than I’ve been in Germany. So he gave this to me for my birthday.” Talk about a unique gift!

Heidi later revealed that it was shipped from Germany and placed into her garden by a crane. “When you guys fight, do you sit on opposite sides of the wall?” host Jimmy Kimmel jokingly asked. “No, but this is good, I like it … I loved it. It’s beautiful. I mean it’s beautiful that it’s broken and it’s not standing there anymore doing what they intended it to do, so I love it as an art piece in the garden.” The Berlin Wall was built to separate the city in 1961, and was famously torn down in 1989.