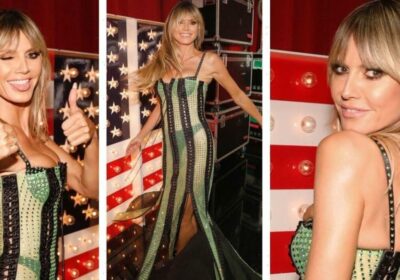 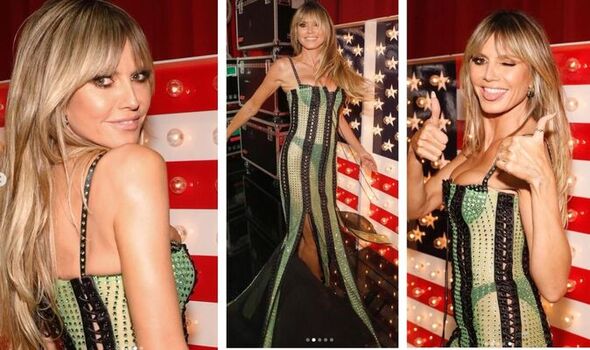 Last night marked the last episode of the 17th series of America’s Got Talent and Heidi Klum didn’t disappoint in the wardrobe department.

Heidi Klum, 49, boasted an unusual blend of sparkly diamonds and punk rock chic as she debuted a crystallised, floor length gown which laced up in three sections from head to toe.

The maxi gown had a split up one side, revealing a peek of Heidi’s long, lithe limbs and black peep toe heels.

Last night, she congratulated the winner of the show – the all-female alternative Lebanese dance group Mayyas.

Although Heidi has worn diamond outfits before, this sensational number proved almost as attention-grabbing as the show’s winning act. 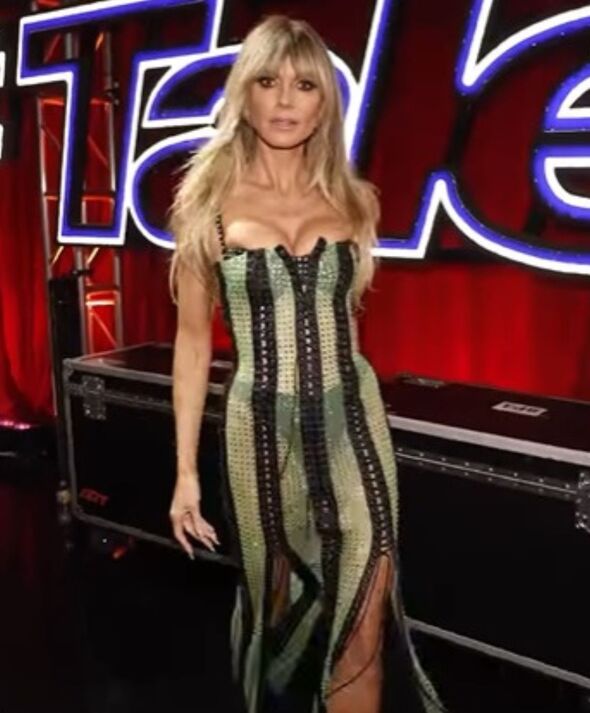 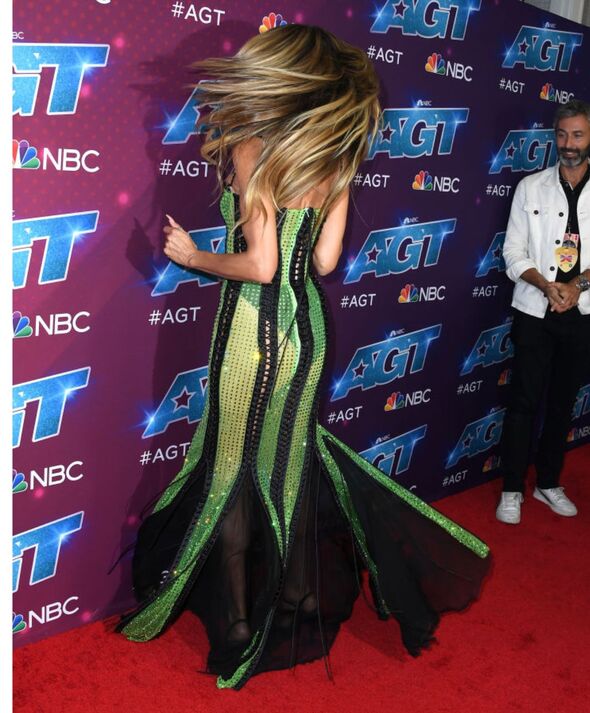 Heidi Klum on the red carpet

Heidi Klum posed for photos prior to revealing Mayyas as the winning act and closing Season 17 of the show. 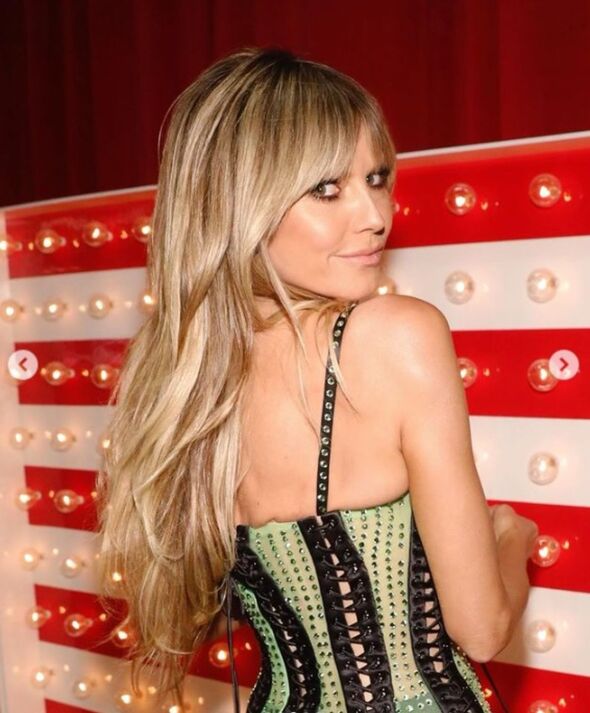 Heidi Klum’s long blonde hair was set into waves which cascaded at the upper part of her waist, while her eyes were accented with a generous lashing of black mascara. 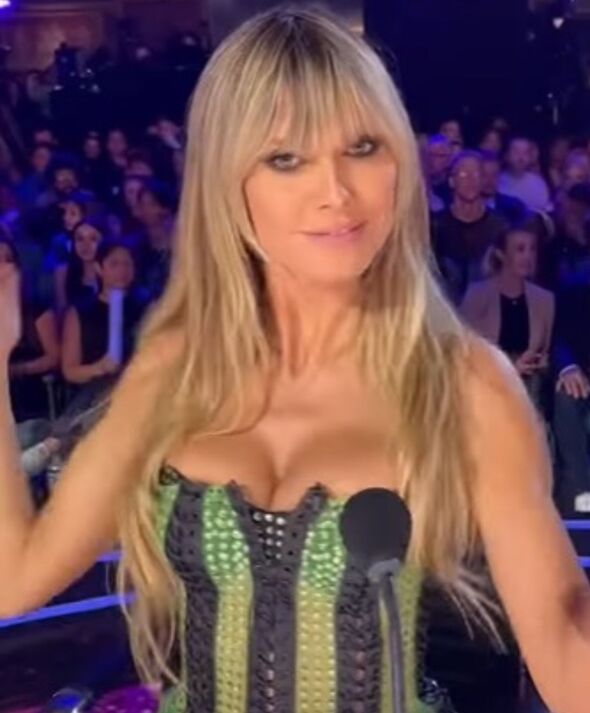 Heidi Klum’s sensational photos from the AGT final were shared on Instagram with her 9.8 million followers. 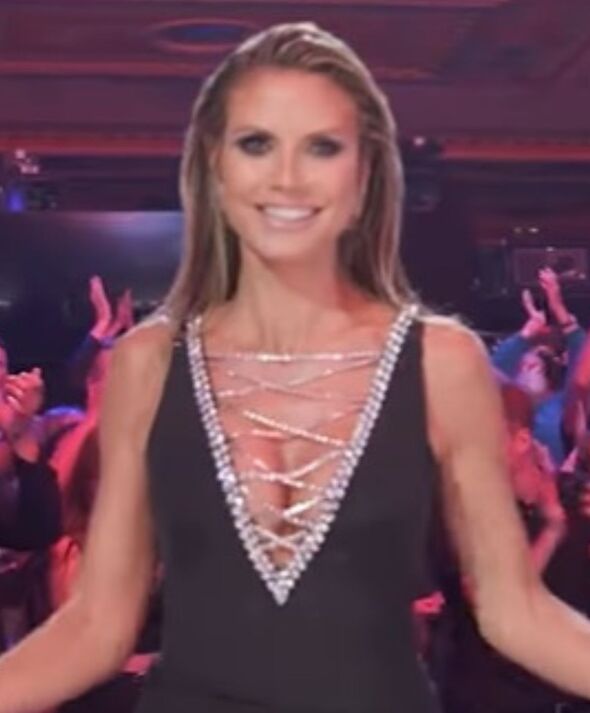 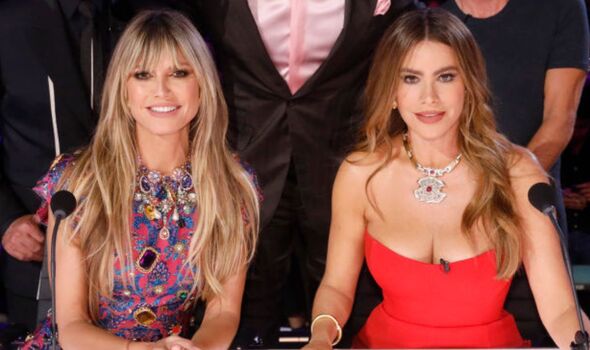 Heidi Klum first appeared on America’s Got Talent in 2013, when she replaced Sharon Obsourne as judge, and it has been reported that she and co-judge Sofia Vergara, 50, are now firm friends.