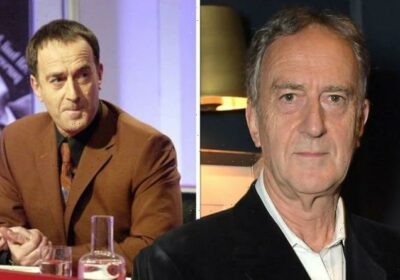 Former Have I Got News For You host Angus Deayton is wanted back on the BBC show, 20 years after he left. The host exited back in 2002 after allegations of drug-taking and sex with prostitutes.

The show’s creator Jimmy Mulville shared his hopes for Deayton to return during an interview with BBC Radio 4 yesterday.

Appearing on What’s Funny About, Jimmy shared how Deayton had “served his time”.

He said: “I think it’d be very nice for him. We’re all a little older now.

“He’s definitely served his time, and he was a very good host.”

Deayton was the first host of the panel news series, which he helmed throughout the 1990s.

However, in May 2002, the now-defunct paper the News of the World reported he had taken cocaine and had sex with prostitutes.

He was ridiculed by panellists Ian Hislop and Paul Merton in the episode following the news as they wore the front page on a t-shirt.

The host also began the episode saying: “Good evening and welcome to Have I Got News For You, where this week’s loser is presenting it.”

He remained on the show as host until October when more allegations emerged.

Deayton was then dismissed two episodes into the series.

At the time, the BBC said in a statement: “It is felt by all concerned that continuing stories in the media about Angus’s private life have made him the subject of headlines rather than a commentator on them.

“This has made his position as host of the topical news quiz untenable.”

He said of the time: “It was incredibly difficult.

“I liked Angus and I thought he was a very, very good host.

“It was certainly my job and our job as a programme to apply the same standards to him that we would have done to anyone else, which we did.”

Deayton has previously spoken about being approached for a return to the show.

However, he admitted he did not have “any interest” in going back to the show.

He told the Daily Express in 2018: “They did try to ask me back but I think you can guess my answer.

“I don’t really have any interest in doing it again.”