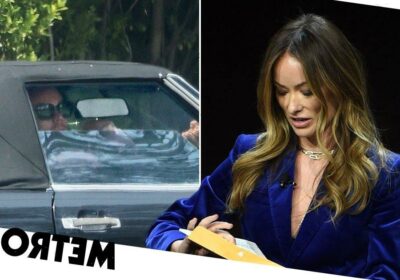 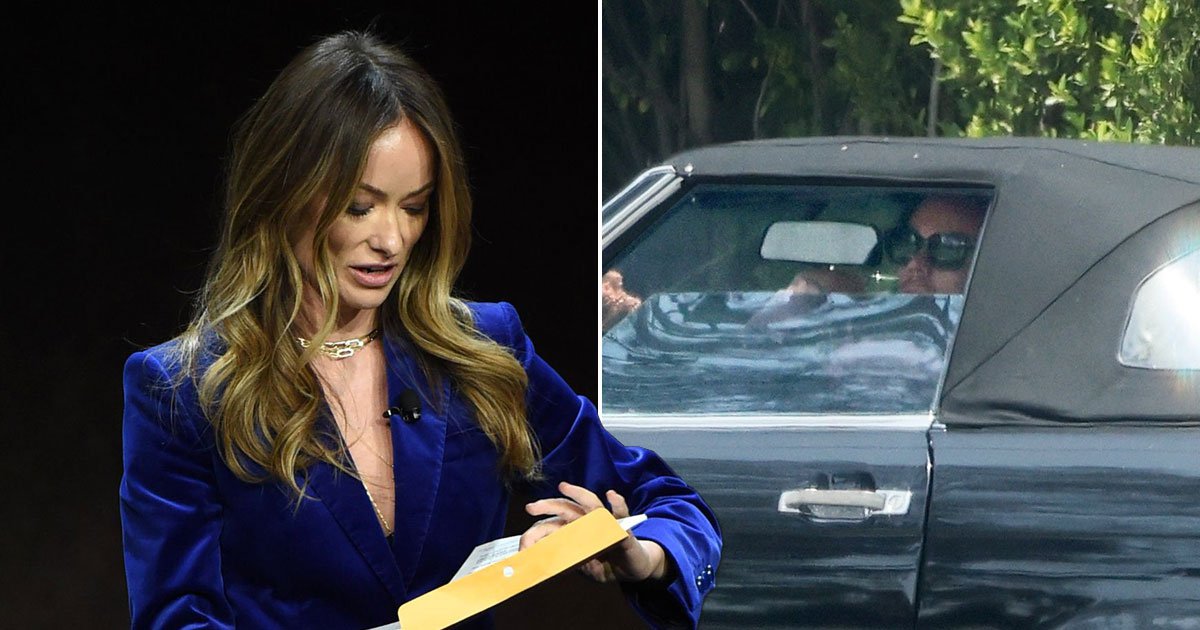 Harry Styles has been spotted for the first time since his girlfriend Olivia Wilde was handed custody papers on stage at CinemaCon.

The singer, 28, was spotted driving on his own in his classic black Mercedes in Beverly Hills this week, after the surprising incident took place.

The As It Was star did not appear to let what had happened get him down as he appeared relaxed when he was spotted, wearing sunglasses as he hopped behind the wheel of his car convertible car, which had the roof up despite the warm weather.

It comes after Olivia, 38, was served papers from ex Jason Sudeikis, 46, while she was on stage at CinemaCon promoting her new movie Don’t Worry Darling, which stars Harry.

Deadline reports that Olivia was briefly interrupted when she was approached by somebody in the front rows who slid the envelope across the front of the stage toward her.

She is believed to have asked: ‘This is for me?’, as she took the documents relating to the two children she and Jason share.

A representative for Jason claimed he did not know the legal documents would be served so publicly, saying in a statement: ‘Mr. Sudeikis had no prior knowledge of the time or place that the envelope would have been delivered as this would solely be up to the process service company involved and he would never condone her being served in such an inappropriate manner.’

CinemaCon has confirmed it is reviewing its security measures, telling Deadline in a statement: ‘We have never in the history of the convention had an incident where a delegate has approached the stage who was not authorised to be there.

‘In light of this incident, we are re-evaluating our security procedures to ensure the safety of all our attendees.’