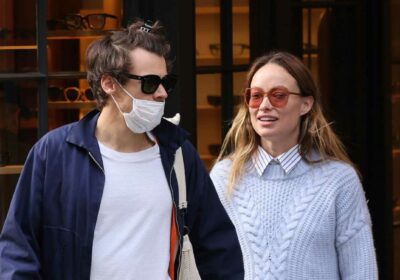 In Friday night news that you may or may not have been expecting, Olivia Wilde and Harry Styles have broken up. More specifically, they are “taking a break” from their almost two year relationship, according to multiple sources who spoke to People.

“He’s still touring and is now going abroad. She is focusing on her kids and her work in L.A.,” one source mused. “It’s a very amicable decision.”

Harry and Olivia are “still very close friends,” but another insider says that “Right now, they have different priorities that are keeping them apart.”

And based on our eyeballs, it seems like this breakup happened pretty recently—mostly because Olivia was spotted at Harry’s Harryween concert just a couple weeks ago.