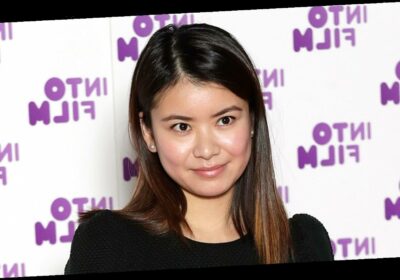 Katie Leung is reliving the dark side of Harry Potter fame.

In a new interview on the Chinese Chippy Girl podcast, the 33-year-old actress, who played Cho Chang in the movies, said that she suffered racist bullying as soon as news of her casting was leaked online.

“It had got to the papers and then someone secretly took a photo of me,” Katie recalled. “I just broke down. I just started crying.”

After the photo was leaked, Katie, who was still a teenager at the time, said that she started receiving a lot of hate and negative messages online.

“I was like, Googling myself at one point and I was on this website, which was kind of dedicated to the Harry Potter fandom, and I remember reading all the comments,” Katie shared. “It was a lot of racist s–t.”

“And then somebody had actually created a website, a hate site — it was like, if you disagree with this casting, then click on this button and then it would just be like a count of how many people disagreed with the casting and you would just see a number,” Katie continued. “I know, it’s awful. It’s so awful.”

Katie said that she approached a publicist in regards to the racist bullying, but she was told not to talk about it in the press.

“I remember them saying to me, ‘Oh look, Katie, we haven’t seen these websites that people are talking about. And if you get asked, then just say it’s not true. Say it’s not happening,’” Katie recalled.

Looking back, Katie admits that she wished she spoke out about the situation, but still has fond memories about working on the Harry Potter movies.

“Of course, I was grateful. I was really very f–king grateful that I was in the position I was in,” Katie said of her role. “But then, yeah … it wasn’t great.”