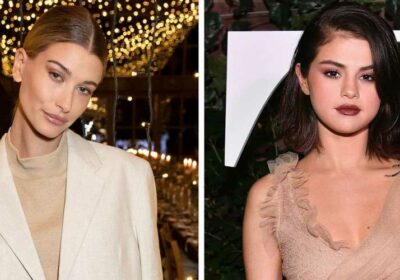 Selena Gomez is ELLE‘s September cover girl, and her ex-b0yfriend Justin Bieber’s wife Hailey Bieber is among the thousands in awe of it. Fan account Pop Faction pointed out that Hailey quietly Liked ELLE‘s cover shot of Selena in a sweet signal of support. 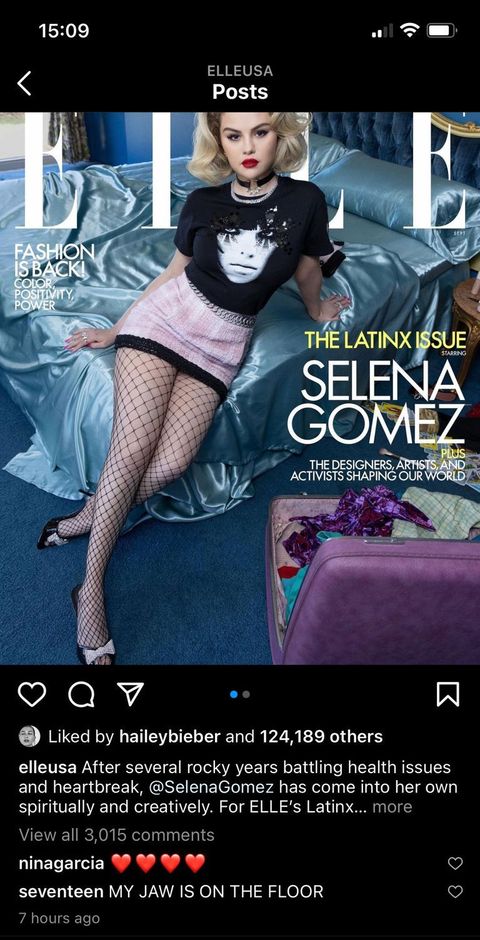 Hailey has a history of Liking photos of Selena here and there. She last Liked a shot of Selena in March 2021 when Selena appeared on the cover of Vogue.

Hailey Liked a more candid shot of Selena in October 2019. Selena’s friend Raquelle Stevens posted a photo of Selena celebrating her singles “Lose You to Love Me” and “Look at Her Now” with her friends—songs believed to be about Selena’s heartbreak over Justin. Justin and Hailey started dating again in June 2018, just months after Selena and Justin’s break became a breakup in spring 2018.

Hailey’s gesture helped signal that the model isn’t bothered by Selena reflecting on the experience through her music. Hailey had received backlash on Instagram after she posted an Instagram Story of herself listening to Summer Walker’s “I’ll Kill You” minutes after “Lose You to Love Me” came out in October 2019, but Hailey later responded to speculation that her post was about Selena by calling it “BS.”

Selena defended Hailey on Instagram Live at the time, though she never named her directly. She did give a pointed message to those attacking Hailey, though: “I do not stand for women tearing women down,” Selena said. “And I will never, ever be by that. So please be kind to everyone. It doesn’t matter what the situation is. If you’re my fans, don’t be rude to anybody, please. Don’t go off and say things that you just feel in the moment. And just please, from me, know that that’s not my heart. My heart is only to release things that I feel that are me and that I’m proud of. And that’s all that I’ll say, yeah.”

Selena spoke a little about going through heartbreak publicly in her new interview with ELLE. “My lupus, my kidney transplant, chemotherapy, having a mental illness, going through very public heartbreaks—these were all things that honestly should have taken me down,” she said. “Every time I went through something, I was like, ‘What else? What else am I going to have to deal with?’”

Selena said she told herself, “‘You’re going to help people.’ That’s really what kept me going. There could have been a time when I wasn’t strong enough, and would have done something to hurt myself.”