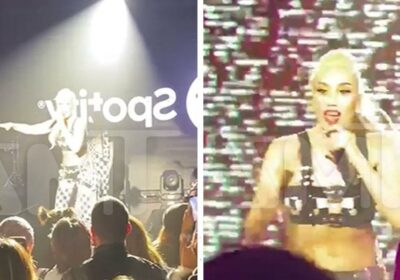 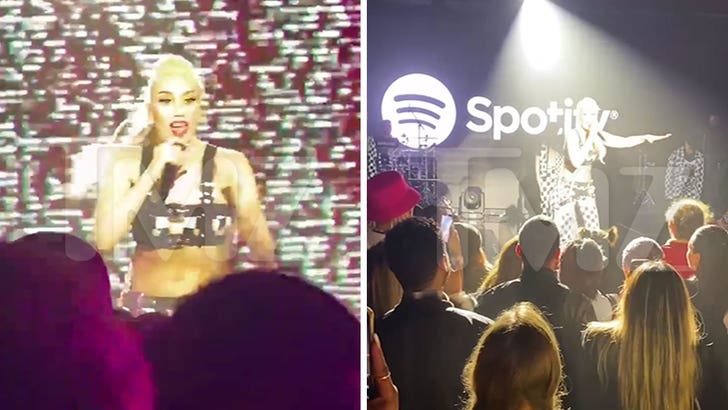 Gwen Stefani rocked the mic for Spotify’s huge end of the year bash — singing hits from her solo career and time with No Doubt … and TMZ has the video.

The Spotify celebration, dubbed “A Totally Normal Party for 2021,” went down Tuesday at an event space in Los Angeles … with Gwen stealing the show.

Gwen performed for 45 minutes and her set featured some of her most famous songs … including “Just a Girl,” “Hey Baby,” “The Sweet Escape,” “Spiderwebs,” “Hollaback Girl,” “Don’t Speak,” “It’s My Life” and “Rich Girl.” 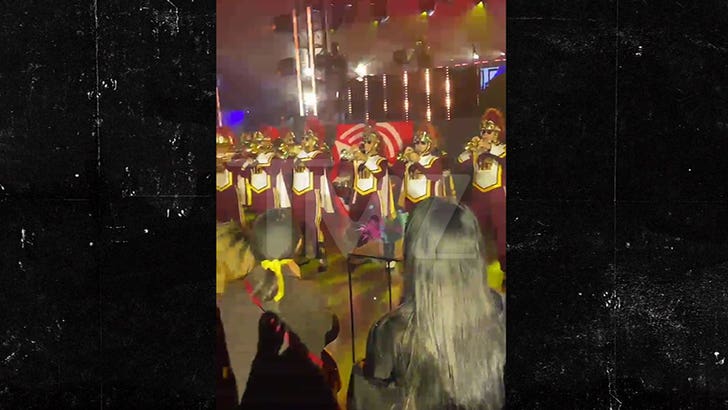 The first act on stage was the USC Trojans marching band … but Gwen was the big draw here.

Spotify’s year-end party comes on the heels of their 2021 Wrapped unveiling … you’ve definitely seen people share their top Spotify songs and artists on social media … and at one point, Gwen joked about hearing she was a top Spotify artist.