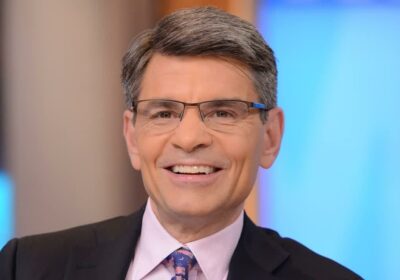 George Stephanopoulos was able to enjoy a restful bit of time away from his usual hosting duties on Good Morning America, but he’s finally back!

The journalist marked his return to his hosting chair alongside a very rare social media post, showcasing the story he’d been working on recently.

George shared a clip from his segment on the latest installment of GMA speaking with Henry Kissinger in the wake of his new book.

He also included a photograph of him taken during the interview, showing what he was able to get up to while away.

“I spoke to former Secretary of State Henry Kissinger about his new book, ‘Leadership: Six Studies in World Strategy,’ his influential life, 50 years since Watergate and much more,” he wrote, informing his followers to catch the full interview on ABC News later that night and streaming later on Hulu.

George returned to share his story with Henry Kissinger

His fans welcomed him back to social media and praised his interview, with many simply leaving behind applause emojis and expressing interest in learning more.

George, along with his usual co-hosts Robin Roberts and Michael Strahan, were away from their morning hot seats as they enjoyed the Fourth of July long weekend.

However, the former White House press secretary had been away for a longer period of time, with his wife Ali Wentworth hinting at what he could’ve been doing besides prepping for his interview with Henry Kissinger.

The Go Ask Ali host shared a picture of herself on a fishing trip in Montauk last week, and presumably had her husband by her side taking candid shots while there.

The ABC host’s wife revealed she was on vacation

The popular journalist rarely ever leaves his position on GMA for non-work related reasons, so it was refreshing for fans to see him take a break to spend time with loved ones.