George H.W. Bush Is Laid to Rest in Texas His final resting place. George H.W. Bush was buried in College Station, Texas, on Thursday, December 6, less than a week after he died.

Family and friends of the 41st president attended a service at St. Martin’s Episcopal Church in Houston, Texas, before Bush’s body traveled to College Station by a train called the Union Pacific 4141. Union Pacific official Mike Iden told The New York Times that it was Bush’s idea for his body to travel from his Houston funeral to the College Station burial site.

One day earlier, political figures joined the Bush family to honor the late president at the National Cathedral in Washington, D.C., on Wednesday, December 5. 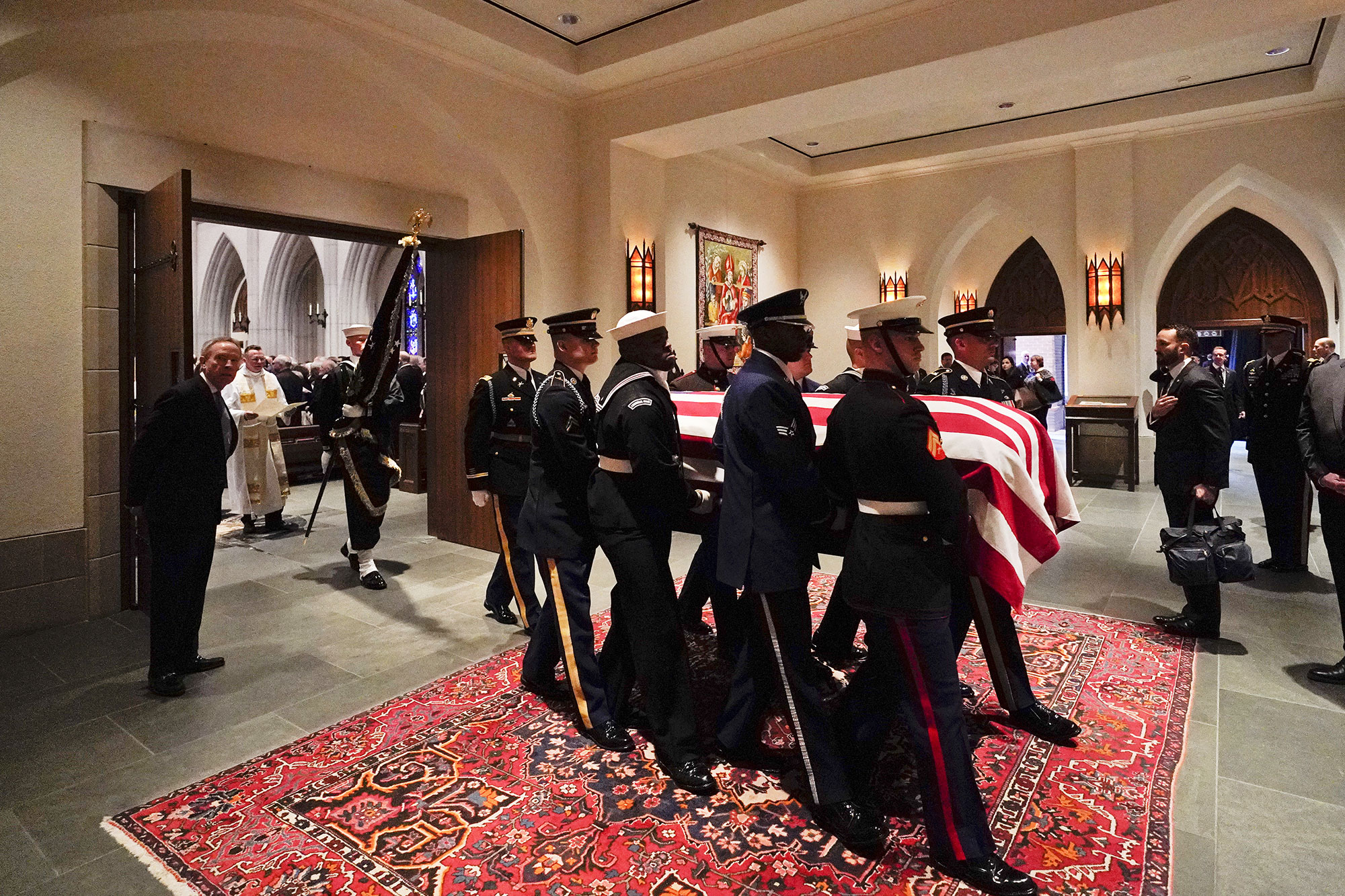 Prince Charles, Barack and Michelle Obama, Donald and Melania Trump and Hillary and Bill Clinton were among the attendees at Wednesday’s funeral. George W. Bush gave an emotional eulogy during the service, calling the late politician “the best father a son or daughter could have.”

“He valued character over pedigree and he was not a cynic. He looked for the good in everybody, and usually he found it,” the 43rd president said. “He showed me what it means to be a president who serves with integrity, leads with courage and acts in love with his heart for the citizens of our country.”

Us Weekly confirmed on Friday, November 30, that George H.W. died at the age of 94.

“George Herbert Walker Bush, World War II naval aviator, Texas oil pioneer, and 41st president of the United States of America, died on November 30, 2018,” a statement from the former president’s spokesman, Jim McGrath, read. “He was 94 and is survived by his five children and their spouses, 17 grandchildren, eight great grandchildren, and two siblings. He was preceded in death by his wife of 73 years, Barbara; his second child Pauline Robinson ‘Robin’ Bush; and his brothers Prescott and William or ‘Bucky’ Bush.”