Home » Celebrities » Gemma Atkinson Instagram: Star speaks out after questions about if she’s ‘ready’ for baby

Gemma Atkinson Instagram: Star speaks out after questions about if she’s ‘ready’ for baby Gemma Atkinson, 34, and Gorka Marquez, 28, are just weeks away from becoming parents, with the former celebrating with a baby shower over the weekend. Meanwhile, she spoke out about whether she’s ready to deal with the nappy situations headed her way following the birth. On her Instagram story, in view of her one million followers, she wrote: “When someone asks are you ready for all the dirty nappies with a baby…” Gemma then shared a picture of herself bending down to deal with an incident involving her pet pooch Ollie.

“Well last week Ollie ate grass which clogged his a** which I had to pull out,” she said. “Which my lovely other half @gorka_marquez captured… so yeah I guess I am.

“The shame on his face!” she added, zooming in on Ollie looking decidedly bashful.

“Being a dog mum is more messy,” Gemma quipped. “Trust me.”

The actress is thought to be due to give birth in the coming weeks.

She and Gorka got together after meeting on Strictly Come Dancing back in 2017.

They went public with their relationship on Valentine’s Day the following year and confirmed they were expecting their first child almost a year later. 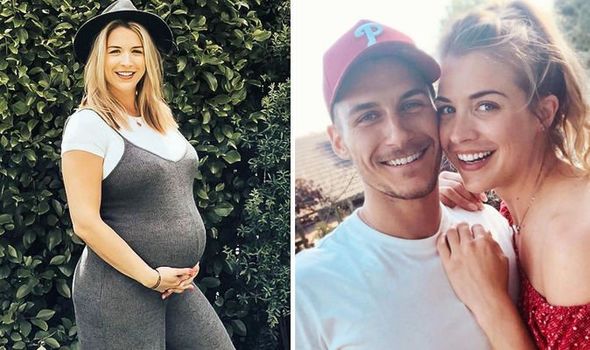 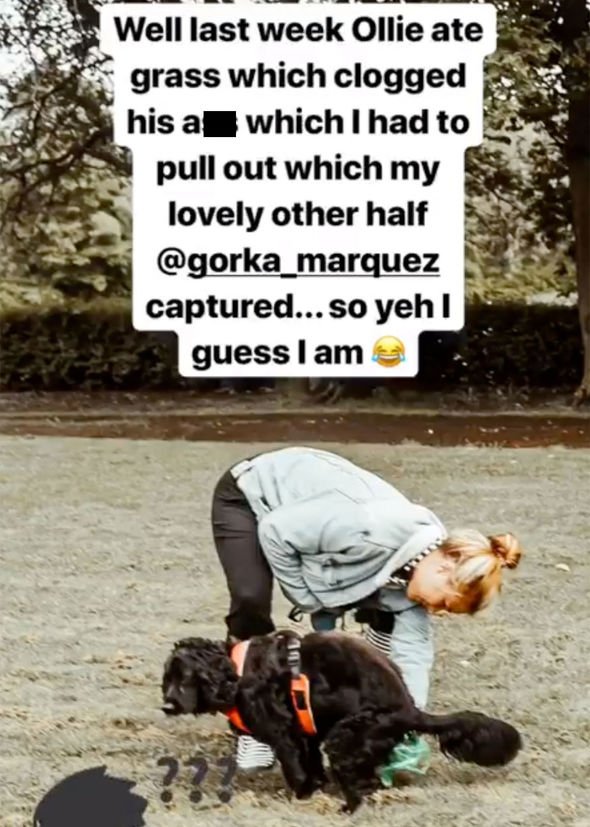 Yesterday, she thanked friends and family for coming to celebrate with her at a baby shower, sharing snaps from the big day on Instagram.

One shot showed her wearing a charcoal jumpsuit and a hat, cradling her blossoming bump as she captioned the post: “Such a wonderful surprise baby shower!

“Cannot thank my family and friends enough for all making the effort to come and celebrate with me and Baby Marquez and for bringing so many lovely gifts.

“Afternoon tea and cake and of course prosecco and Cafe Patron for guests,” she quipped. “Top day!”

Prior to the party, Gemma Atkinson revealed why Gorka Marquez would be missing the baby shower, telling fans on Instagram: “Obviously Gorks can’t be here. 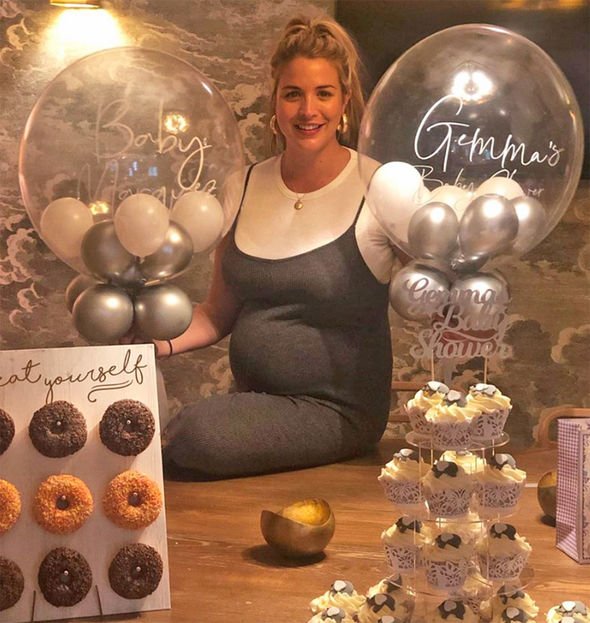 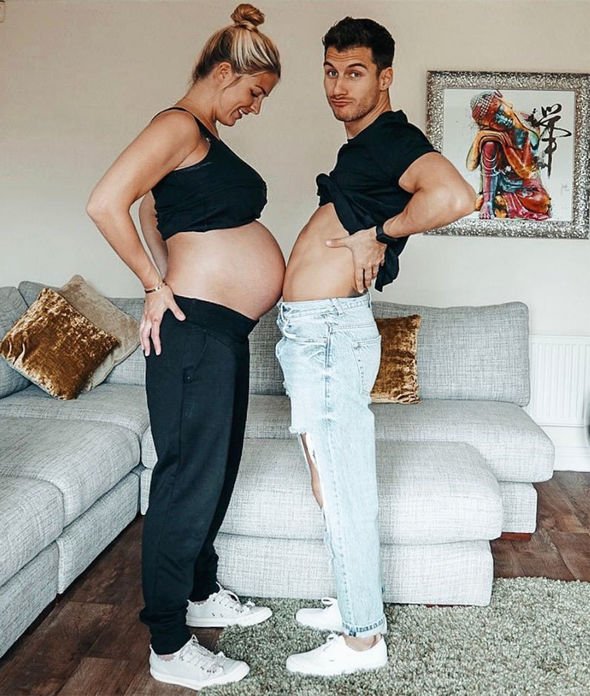 Nonetheless, she kept her Strictly professional boyfriend in the loop by tagging him in pictures of the presents brought for Baby Marquez.

“The baby’s already spoilt with loads of gift,” she said.

“It’s a baby shower, so I can’t drink and none of the gifts are for me!”

Gemma also revealed it’s “not long” until their new arrival will be arriving, saying: “It’s come round so quick and I have no idea what’s happening.

“All of my family are downstairs when I set off,” she explained. “I’m trying not to get emotional. But not long now, Baby Marquez will be here.”