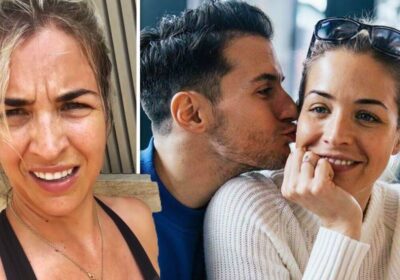 Gemma Atkinson has taken to Instagram to reveal that she’s been banned from adding large breeds of dogs to her family by her terrified fiance Gorka Marquez. Gemma, 37, revealed her beau’s horror if she wanted to bring home a large dog, adding to the two Spaniels Norman and Ollie she already has at home.

Gemma told her 1.8 million fans her other half’s thoughts on big breeds of dogs while shooting her new range for In The Style.

Filming herself scratching a large black dog behind the ears, Gemma gushed over the idea of having a large dog breed at hers and Gorka’s home.

She said: “I would love dogs like this but Gorka would s**t himself.”

A voice could be heard asking: “Oh really?” 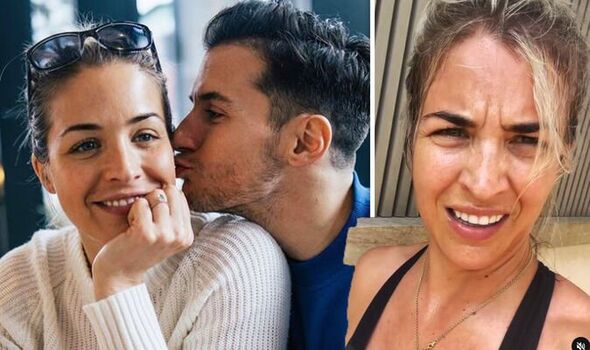 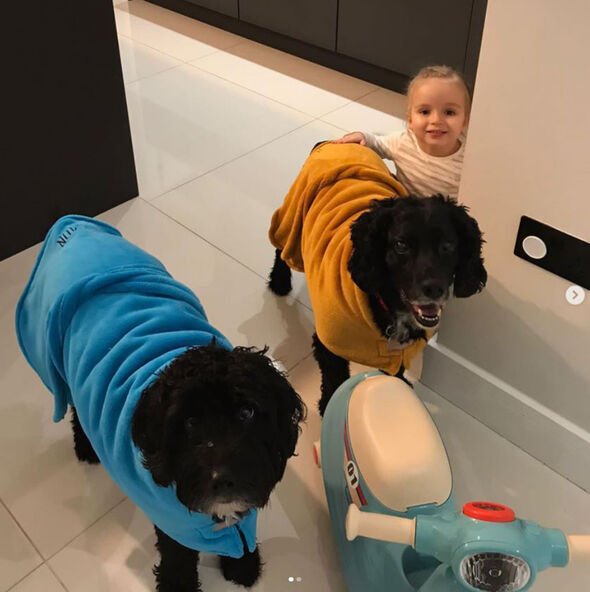 In the next slide, The Strictly star shared pictures of herself with large dogs.

She wrote: “In all seriousness some of the most gentle dogs I’ve met have been Staffies or ‘Big breeds’.

“I always say dogs, like all of us, are a product of their environment. 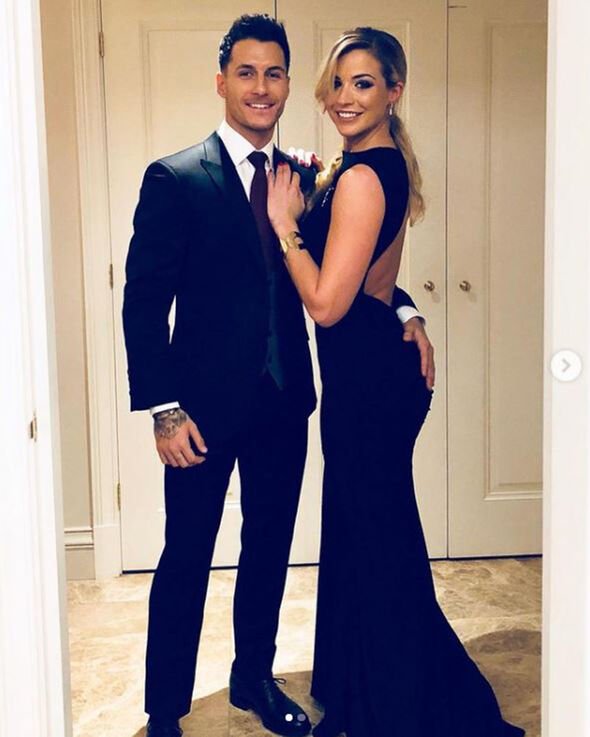 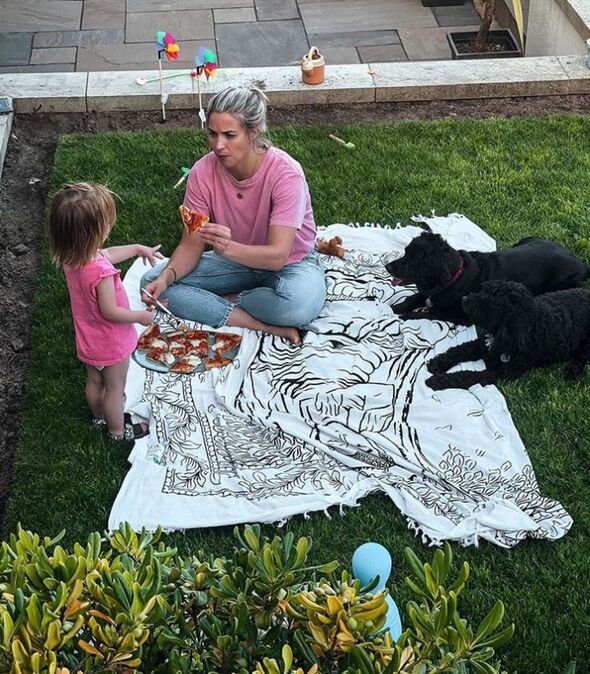 “We need to also look at the other end of the lead and how a dog is treated behind closed doors when it comes to behaviours,” she ended the post, alongside a red heart.

Earlier in the day, Gemma told how there was an aspect of shooting her range she had enjoyed.

Filming two large German Shepherds next to the swimming pool, Gemma gushed over them while petting one on the head.

She wrote: “The most important part of my shoot was metings the dogs [obviously]”, alongside two heart face emojis.

This morning, Gemma shared a sweet clip of herself with one of her beloved pooches Norman or Ollie following a strenuous workout.

She wrote in the story: “He loves me after I’ve trained because I stink and he’s a mucky g*t”.

Gemma asked the pooch: “Am I nice and sweaty? Do you want me to scratch your bum?” as he turned into the star.

She told her fans: “He literally puts his bum in my face, don’t you,” adding, “Ah I love dogs, I love dogs so much,” as the clip ended as she gave the pup a smooch.

Last year, Gemma apologised to her fans after sparking concern with a video montage of her two beloved dogs, Ollie and Norman.

She posted a video of her two Cocker Spaniels which started with a sweet snap of Gemma and one of her dogs in the star’s home gym, with the caption: “Best friends over the years”.

However, the montage sparked concern among her fans who were worried that something had happened to the dogs to prompt the short film.

Gemma said: “Lots of people messaged saying, ‘I hope they’re ok!’, sorry! They are – thank God – they’re all good, thank you,” she ended the story.